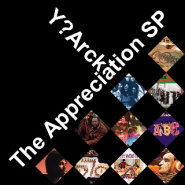 It’s a hip-hop spin on the old zen koan: What’s the sound of a one-song mashup? Y?Arcka (formerly Young Architect) seeks to answer it on a free, 11-track album, titled The Appreciation SP, he’s released via his myspace.com blog. Each piece takes select sections of various soulful tracks (including work by Donald Byrd, the Commodores, Fela, J Dilla, and Dolemite, among others), generally not the “greatest riff” elements, but little side bits, which he then works into songs of their own.

Perhaps because the source material is the best known of what’s made available here, the Jackson 5 entry may be the most exemplary. On Y?Arcka’s “Come, Teach,” the Jackson 5‘s “ABC” is reduced to the Jackson 2: Jackie and Jermaine from the original song’s bridge, trading back and forth for just over a minute. By removing the most familiar elements — the “ABC” chorus, and the precocious genius of the young Michael Jackson’s high-pitched voice — Y?Arcka has unearthed the heavier song within. The persistent bass is the star of this cut. “Come, Teach” is The Appreciation SP‘s shortest track, and as with many of them, you’ll just want to set it on loop.

The Sly & the Family Stone edit, “Out of School,” functions similarly, lifting Freddie Stone‘s yelped “out of school” from “Hot Fun in the Summertime” and spinning from it a song unto itself, clipping bits to add some phrasing — and, if I’m not mistaken, slowing it a tad, which lowers the pitch and deepens the sound. The manner in which Y?Arcka repeats small phrases is reminiscent of how a scratched CD, a dust-clogged turntable needle, and a distracted mind can each, in their own way, fixate on a specific sound.

This link should go directly to the Zip archive of the full batch: zshare.net. If not, follow the links from the myspace.com listed above. Y?Arcka’s criminally under-appreciated album Un-Herd Vol. 1 came out on Ropedope last May (ropeadope.com).