There’s a new Disquiet.com photostream at flickr.com/photos/disquietpxl. I’m still sorting out the best way to integrate WordPress and Flickr (advice appreciated), but in the meanwhile, two recent images:

This old console stereo is the centerpiece of the Jews on Vinyl exhibit from the Contemporary Jewish Museum in San Francisco. More on the exhibit at thecjm.org: 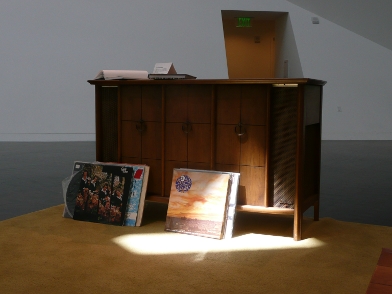 Just gotta love that the folks at the Independent, the club in San Francisco where Sunn O))) played in August 2009, lacked marquee parenthesis, and thus had to render the band’s name with backwards C’s, making it look like they’re Russian or something: 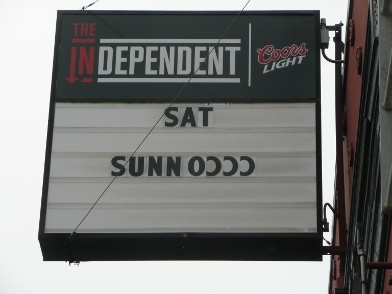