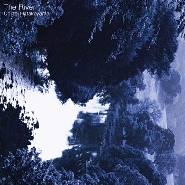 Tokyo-based musician Chihei Hatakeyama‘s The River appears as one of those increasingly common and altogether curious post-iTunes artifacts. It is both severely limited-edition, and easily ubiquitous. The album itself is available as one of only 500 printed CDs, but a sample track has been made freely available by the releasing label, Hibernate, for streaming and download. Collectors can snag the physical item, while casual appreciators (if that isn’t itself an oxymoron) can savor one segment. (Inevitably, I imagine, the full record will be available as a virtual-goods sale — one would hope at a level of bitrate compression commensurate with the music’s level of sonic detail and nuance.)

The sample piece is a soft, pastoral, ambient soundscape, which by definition is itself an odd point of congruence: how is it, you might ask yourself while listening, that something so self-evidently electronic summons mental images of nature (MP3)?

The answer may be that the music, for all its atmospheric qualities, is still music. There is a rudimentary melody in there, an extremely slow-moving lilt. It isn’t hidden amid the sonic clouds, as much as it is itself the arc of the clouds’s movement.

More on the release at hibernate-recs.com.