Image of the Week: Kind of Bloop

The promotional art for the recent Kind of Bloop compilation, which resets the classic Miles Davis album as if it were a collection of 8-bit tunes for old arcade video games. The pixel-art rendition is credited to Andrew Duhan, who based it closely on the original cover photo by Jay Maisel, also reproduced below: 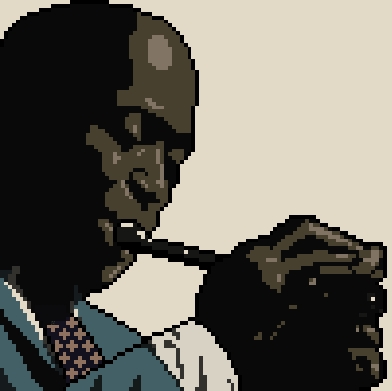 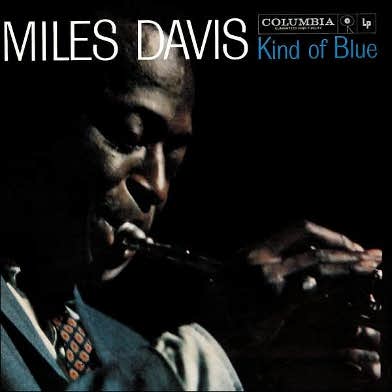 The emphasis on the shape of Davis’s head in the Duhan version seems to suggest that the head is bald, which makes the image look a little more like Louis Armstrong than it does Miles Davis at the time of Kind of Blue, which was released 50 years ago last month.

And just for further comparison, here’s a promotional image of hip-hop producer Timbaland, for the release of his music-making software Beaterator, which is coming soon to the PlayStation Portable, PlayStation Network, iPhone, and iPod Touch. If Kind of Bloop is music adopted to the style of video games, Beaterator is a promising example of music-making adopted to the style of video games — and it doesn’t hurt that Timbaland adopted the Blue Note-era suit and tie for the image: 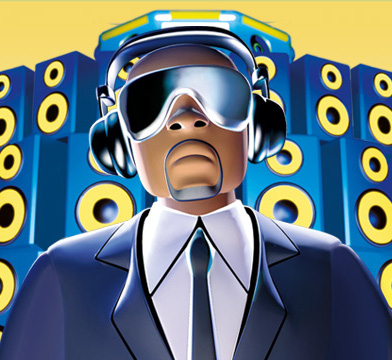 More on the compilation at kindofbloop.com, where it is available as MP3s or massive FLAC files for a total of five dollars.

More on Beaterator at beaterator.rockstargames.com. It’s due out for the PlayStation on September 29, and for the Apple devices later this autumn.