Another season, another puzzle. Each year when the San Francisco Symphony announces its forthcoming concert schedule, my conviction is reinforced: among the many reasons that classical music has trouble enticing new listeners is because the promotional materials associated with it speak primarily to those who are already fluent in the culture of the orchestra, not only its music but its bureaucracy — these organizations pitch to the choir, as it were. 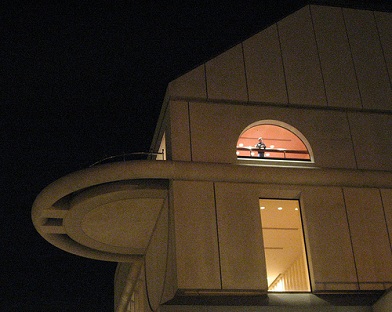 The 58-page SFS mailer that arrived in May requires a dungeon master, or at least a seasoned concert attendee, to navigate it. And sticking to tradition, prominence is reserved for information on pricey calender-based multiple-date subscriptions, while actual concert-specific detail about most of what will actually be heard is rendered in minuscule type with less-than-helpful descriptions. Lou Harrison‘s “Parade,” for example, is the “San Francisco native’s colorful fanfare,” while Villa-Lobos‘ “Ciranda das sete notas” is “all affable charm” — try making as $100-plus-decision based on that intel. Of course, the Symphony is not alone in its unintentional obfuscation, though it is arguably the worst offender among its class local to San Francisco, where I live.

The emphasis placed by cultural institutions on the whole idea of a concert season seems increasingly anachronistic. The presumption of spectacle speaks more to the institutions’ views of their own centrality than it does to the reality of cultural life in an area as vibrant as this one. There’s something to the tone of these announcements that makes it seem like life doesn’t really start until September or October, and thus I wonder whether symphony orchestras and their like will ever fully acknowledge that life is year-round. Institutional culture has much yet to learn from the television industry, which has grown increasingly flexible as the years have passed, most notably with its adoption of a true year-round schedule. (And in the meanwhile, the subscription model in particular is overripe for reevaluation — on the one hand, it’s perceived as the best way to lock ticket-buyers in to the system, but on the other it clearly isn’t sufficient to sustain these organizations, which depend on corporate sponsorship and other charitable donations.)

In any case, below is a rough outline of contemporary highlights of four major institutional culture organizations in the San Francisco area for the 2010-2011 season. These are, truly, highlights, and they are not intended to suggest that fans of ambient/electronic music have nothing to get out of a Mahler performance; it’s just an attempt to pinpoint some of the more adventurous work coming our way. If I left out anything promising, don’t hesitate to let me know. I don’t list the San Francisco Opera, because it’s all fairly standard repertoire this year, though a full Ring Cycle is on the schedule. Events about which I am particularly enthusiastic have been underlined for emphasis.

4. San Francisco Performances Highlights: Doug Garone and Dancers (whose Chapters from a Broken Novel features music by David Van Tieghem). And Dance (a revisited 1979 work by Lucinda Childs, choreography; Philip Glass, music; and Sol LeWitt, film: Thursday through Saturday, April 28-30, 2010). Also there are the Bad Plus (December 4, 2010), and Turtle Island String Quartet, who will be performing with Mike Marshall (mandolin) and Cyrus Chestnut (piano) — any chance we could get some of the group’s score to the film A Shock to the System on the program (December 10, 2010)? Also, Olivier Messiaen‘s “Théme et Variations” is on the February 10, 2011, program featuring Daniel Hope (violin) and Jeffrey Kahane (piano), and George “Bad Boy of Music” Antheil‘s Violin Sonata No. 1 is on the February 19, 2011, program featuring Hilary Hahn (violin) and Valentina Lisitsa (piano). More info at performances.org.