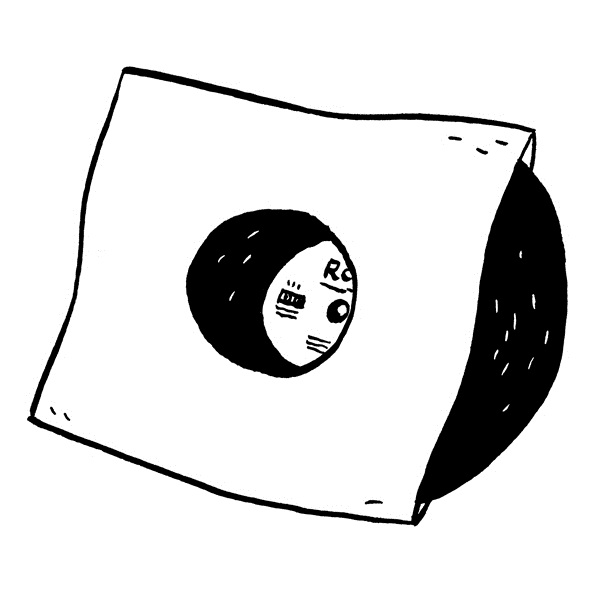 This is the fourth occurrence of a relatively new little Disquiet.com project, called “Sketches of Sound”: inviting illustrators to sketch something sound-related. I post the drawing as the background of my Twitter account, twitter.com/disquiet, and then share a bit of information about the illustrator back on Disquiet.com. Call it “curating Twitter.”

The above drawing was done for me for this project by Dylan Horrocks, two of whose comics long ago (one in 1994, one in 1999) were part of the series I edited for Tower Records’ Pulse! and Classical Pulse! magazines. (Full list: disquiet.com.)

Asked to say a bit about himself to accompany his illustration, he wrote: “Some things about me are: My graphic novel Hicksville was recently reissued in a new edition by Drawn & Quarterly. I did 10 issues of Pickle (published by Black Eye) and 3 issues of Atlas (from DQ). I also wrote for DC Comics for a while, ambivalently. Lots of new comics (including serials) can be read at hicksvillecomics.com. When I was still at school, I did monthly illustrations for my uncle’s monthly jazz column in a NZ magazine. These days I listen to a lot of low-fi stuff. I live in New Zealand.”