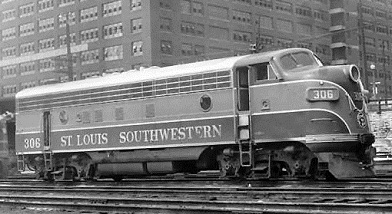 When does a field recording of sound constitute a performance? Perhaps when the field — that is, perhaps when the environment in which the sound itself occurred — serves a role that might be likened to that of a traditional instrument. Phillip Wilkerson posted a recent recording of just such an instance, that of a train circling the base of Stone Mountain in Georgia (MP3). As he notes in his brief description of that train, “You can actually hear the train’s bell echoing off the mountain at about the 1:06 minute mark.”

Long before that echoing effect, the train comes into (aural) view. At 26 seconds into the recording, following a welter of level-setting ambient noise, a whistle announces the train’s arrival. In retrospect, perhaps we’ve been hearing the train all along, a more ambiguous sound of rail chatter that only comes into focus with the train’s whistle. Whatever comprised the earlier stage, from that point forward (“forward” being the operative term when talking railroads), the train is the recording: not just the occasional whistle, but the rail rumba itself, and the train’s bell that eventually sets to clanking like a metronome. The extended denouement, just downtempo bell pulse and field noise, is one of the track’s distinguishing features, such a slim sound signifying so much vehicular energy being expended.

The echo that Wilkerson points out is the track’s other most remarkable moment. The echo is a brief part of the overall recording, but the repeats quickly bring to mind Steve Reich’s pulse-based counterpoint in a manner that is deeply pleasing, perhaps all the more so due to the lack of authorial intention.

Original post at philwilkerson.wordpress.com. Wilkerson identifies the train as the EMD FP7 diesel locomotive (picture above from wikipedia.org). The below photo shows Stone Mountain, and was taken by Wilkerson — photography to complement his phonography. 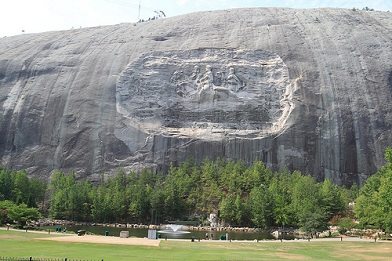