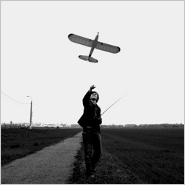 All it requires is a bit of repetition and a little echo to take a diva — all that throaty virtuosity, all that institutional training, all that inherited performance technique — and turn her into one element among many. The Russian musician Clapan (né Denis Korsunski) accomplishes just that early along in an hour-long live set posted at the start of this month. The vocalist arrives as something of a surprise; it’s just been electronica ease until that point. We hear her, and then we hear that same phrase again — repeated not by her but by Clapan’s equipment (which is to say, the repetition is mechanical), and soon after we hear the extended phrase, of which her earlier utterance is shown to be just a segment. Clapan’s signal is clear: he controls the materials, and the context in which they are to be heard. To add to the subsumed nature of her role, she isn’t even the only vocalist to appear in the performance, and the brief echo that she encounters later appears as a full-on dub-fest (MP3). She is heard among clattery percussive textures and nominally danceable beats. To listen to Clapan work her into his performance is to hear him ably juggle his various pieces, and to do so with the intent of a storyteller. She’s only there briefly, but when she’s gone we remember her.