Music from Aircraft (The Inventors of Aircraft, That Is) 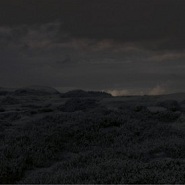 The airplane is closely associated with ambient music for no reason other than Brian Eno’s landmark album Music for Airports (1978). That album didn’t only comfortably propose itself as background music, something quite au courant these days, but quite anathema to musical expression at its time; it also focused that background to interstitial moments, periods of transition. It took the pregnant pause that is waiting to travel, and rather than filling it with visions of potential, it extended the pause itself.

The Eno album contextually had it both ways, taunting the ego of musicians and the expectations of listeners alike by expressing comfort with playing, almost literally (there’s no violin on the Airports, but there is piano), second fiddle to the mundanity of life’s experience — but also suggesting that the place in which it was appropriate to be heard was flush with opportunity, even adventure, an alignment still lingering from the late-’60s/early-’70s associations of flying with luxury, something long since muffled by complaints about tarmac delays, lost baggage, and bad food. 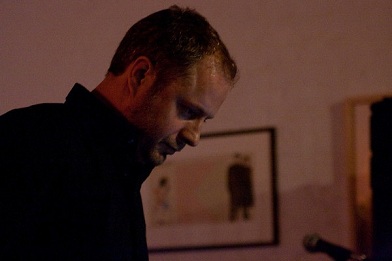 The music on the new album by the Inventors of Aircraft is even more background-able than the four tracks that comprise Music for Airports. If anything, it sounds like how people remember Music for Airports, until they actually listen to Music for Airports and realize just how recognizable its melodic material and the instrumentation can be. Titled with the stasis-friendly phrase As It Is, the new Aircraft collection of five songs is maximalist ambient music, gaseous expanses of still moments, such as the cloud-burst-in-slow-motion that is its third track, “Let Me Give You What You Want” (MP3). The piece is both intimate and big-screen, its contemplative pace and slowly rising and quieting waves of lushness belying its majestic propensity. Tiny little bits of activity, what sound like objects being moved around, or a light wind hitting a microphone, further ground the enterprise, while simultaneously infusing it with a bit of narrative-coaxing mystery.

[audio:http://www.archive.org/download/rb088/03-Let_me_give_you_what_you_want.mp3|titles=”Let Me Give You What You Want”|artists=The Inventors of Aircraft]

Get the full set at the releasing netlabel, restingbell.net. More on the Inventors, which is in fact the singular Phil Tomsett, pictured above, at theioa.com. Tomsett/Aircraft has a previous release, 2008’s Unknown Language, on the Serein netlabel, at archive.org.