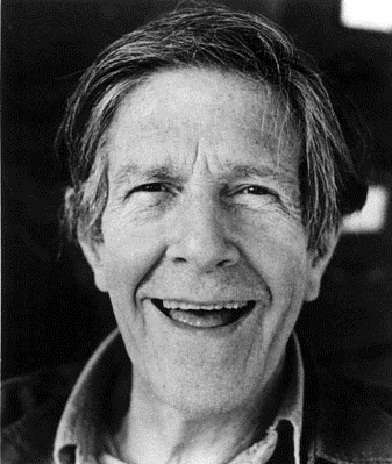 Star Eyed: The late composer John Cage, the subject of an unusual amount of attention this year.

Â¶ Cage Unbound: Critic and composer Kyle Gann rightly is confused (in a post at his website, artsjournal.com/postclassic) by the New York Times asking John Adams if he actually listens to John Cage‘s music (at nytimes.com). The occasion is Adams reviewing (at nytimes.com) Kenneth Silverman‘s recent Cage biography, Begin Again. Adams’ response is not much more comforting than is the doubt inherent in the Times’ question:

It sounds absurd to say that Cage was “hugely influential” and then admit you rarely listen to his music, but that’s the truth for me, and I suspect it’s the same for most composers I know. 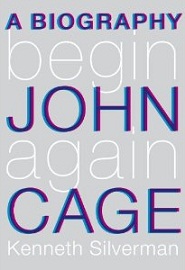 Gann lists In a Landscape, Experiences 1 & 2, Dream, and The Wonderful Widow of Eighteen Springs as pieces he gets “an urge to hear now and then, and have to put them on.” As always, his site’s commenters are especially informed. Gann has his own Cage book out this year, focused on 4’33”, the piece of which Adams says that people overstate its artistic value and thus “confuse art with philosophy.” I read the Adams review late because I was finishing my own review of the Silverman book. I think the only things we really had in common were using the word “maverick” and noting that the book is a straight biography not a “critical” one. While reading the book, I had the idea to do a week where I link to freely available recordings of Cage’s work that I love, to help, in some small way, dispel the notion that Adams, sadly, perpetuates. I have a general impression that 4’33” has become so famous that there’s a lot of people (not Adams, certainly, but the general public) who think John Cage was a stand-up philosopher and/or avant-garde visual artist who made a single musical prank, rather than a well-educated, well-trained and prolific composer who became a public intellectual through sheer force of intellect and charisma. And who also made visual art.

Reviews of the Silverman are beginning to spill out. There’s one in the Dallas Morning News in which Olin Chism writes, “This being 2010, Silverman covers Cage’s amours — mostly with men but sometimes with women — in considerable detail.” Adams, it’s worth noting, says that the book is lacking in “delicious details.”

Chism’s review has an odd note. In it, he writes, “If there is one deficiency in Silverman’s biography, it is the lack of a way for the reader to hear any of Cage’s music. A CD with samples would have been nice.” But the copy of the book that I have includes a URL at which Knopf, its publisher, has posted sample audio, courtesy of the Mode Records label. And throughout the book there are notations that one should visit the website to hear music that complements the text. The audio is at knopfdoubleday.com/beginagain. The very first track, the prepared piano work Bacchanale (1940), performed by Philipp Vandré, is exactly the sort that I would feature in a week-long promotion of Cage’s not just listenable but enjoyable music. 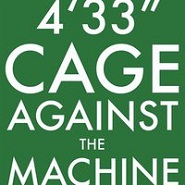 Â¶ In the Name of …: It’s certainly likely that some of the musicians involved in the “Cage Against the Machine” project know as much about John Cage as did some of those involved in “We Are the World” knew about Africa, but it’s still a great idea. More details at facebook.com/cageagainstthemachine about how a new, star-studded rendering of 4’33” (among the participants are Billy Bragg, Orbital, the Kooks, and Guillemots, according to a piece at theglobeandmail.com) is taking on British schlock pop in an annual popularity contest. A video apparently will debut Monday at the home page of the Guardian newspaper’s website, guardian.co.uk.

Â¶ Building Trust: And, previously unknown to me, this is the website of the “Official blog of the John Cage Trust”: johncagetrust.blogspot.com. Laura Kuhn, who figures in the Silverman book, is its executive director. The blog’s first post appears to have occurred in October 2009.