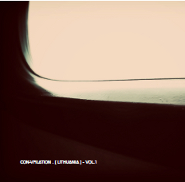 One of the peculiarities of digital recordings of John Cage‘s famous “silent” piece, 4’33”, is that they tend to be exactly 4’33” in length. That is to say, they remove the framing apparatus that makes a 4’33” live performance a performance — the approach by the musician to the piano (traditionally, it is a piano on which the piece is/isn’t performed — the latter distinction depending on, for lack of a better word, the listener’s temperament); any sense of dramatic delay, even if only for a millisecond, between each of the piece’s three movements; and the awkward step from performance to audience reception when it is complete (will there be applause?). The adherence to the strict 4’33” length is arguably contrary to Cage’s philosophy, because if anything, the piece is about being open to experience: even if the work itself is just over four and a half minutes in length, its overall shape is slightly larger still. The harsh on/off of digital reproduction may not do it justice.

Among the most recent recordings of 4’33” is one by the DIISCC Orchestra of Lithuania, its late-December arrival (courtesy of the netlabel con-v.org) somewhat overshadowed by the Cage Against the Machine phenomenon raging in England. As heard as part of the con-v Con-vpilation, the track (MP3) is a study in vacancy, tremulous silence, and breath-holding pause.