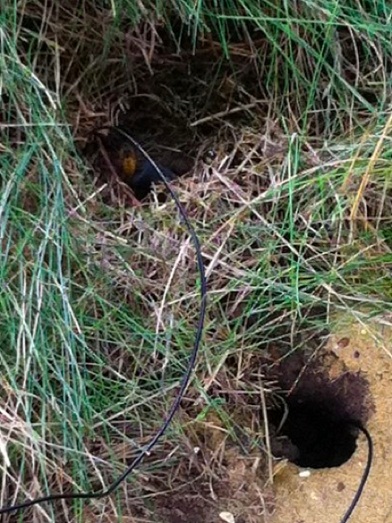 Those who argue against the art of the drone as music might take issue with the drone being in some way considered inhuman, because the drone is closely associated with synthesis, with the hum of the industrial machine, with the whir of the computer hard drive. But, as such forces as the cicada and the river have shown us, the drone is arguably as natural a sound as we have, a sound inherent in nature.

The drone in film sound may have come to represent what the title of a cut to Trent Reznor and Atticus Ross’ score to The Social Network aptly termed “The Gentle Hum of Anxiety.” And true enough it is a sonic emblem of human discomfort. But it is also a depiction of the wider natural world in which human existence occurs.

Not all natural occurring drones are as monotonous, as monolithic — as droning — as that of the gathering cicada or the roiling river. The irregularities of naturally occurring drones, for example, are the focus of “Wasp!” This is the latest release from the great Touch Radio podcast series. It goes uncredited as to who recorded it (the photo is by one Mike Harding), but what it is is a twenty-plus minute recording of wasps, building in force, slowing, circling, dispersing, communing (MP3).