Don’t read too much into genre. It’s a label, a brief tag all too quickly affixed in the hopes of giving a potential listener, wading through the haystack of web-hosted sound, a means to find a glimmer of the familiar. “Glitchstep” is the term Biting Eye (aka Ben Bridges, living in the Yau Tsim Mong district of Hong Kong) applied to his “BoYoDub,” a recently uploaded track to his soundcloud.com/biting-eye page. Not the specific “glitch” or the ubiquitous (to the point of meaningless) “dubstep” but an amalgam. The “glitch,” here a prefix, may relate to the switchy switchy percussion, the way beats, especially during the piece’s strong opening, have a tendency to decay, as if the mere responsibility of metronomic succession is too much for their hair-trigger, short-circuit constitution. The result is beats that push at momentum and then evaporate, appearing again, and again, each appearance more hesitant than the prior, to the extent that they serve a contrary purpose. Rather than imposing order they divulge its futility. As for “step,” it must correlate with the dank downtempo drone that comprises the majority of the tonal material. Don’t read too much into genre; that’s been taken care of.

END_OF_DOCUMENT_TOKEN_TO_BE_REPLACED 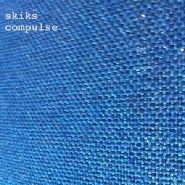 The 17 tracks that comprise Compulse by Skiks are varied enough to come across, collectively, less like an album and more like an expression of the musician’s varied capabilities. These brief sonic items include retro synth heroism (“Emphatic Res”), ecstatic Fourth World shaman techno (“Chamong”), off-kilter MIDI-inflected tunesmithery (“Arnest”), and percussive post-rock (“Tenner Two”). Much of it, as the garbled syllables of various (though not all) titles suggest (“Veeks,” “Xypher”), smacks heavily of Autechre. One highlight is “Birovy,” whose complex piano phrasings bring to mind the proto-post-human endeavors of Conlon Nancarrow and whose spacious canvas suggests the spiritual yearnings of Morton Feldman (MP3).

Track originally posted at split-notes.com. Skiks is a pseudonym of composer/percussionist Bruce Hamilton, more on whom at alonetone.com/skiks and spectropol.com. It’s the ninth release on the Split-Notes netlabel, which focuses on legally free downloads of microtonal music. Compulse is the first Split-Notes release to be featured on Disquiet.com.

Of Whorls and Drones (MP3) 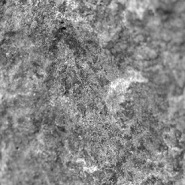 The Resting Bell netlabel’s four-part milestone marker, commemorating its 100th release, comes in the form of a pair of whorl-like compositions. Call them drones if you must, but the patterning is too recursive, too self-digesting, too senses-enveloping to adhere to the standard tenets of stasis suggested by “drone.” The beauty of the drone is that it is both melody and harmony at once, both a horizon-driving force, and a sea-to-sky expanse of haze. The whorl, in contrast, is constant motion disguised as stasis. The distinction is not either/or. Music can have aspects of both, and often does. In fact the most trenchant of the two pieces on the Resting Bell set, the opening track “GrimGrim,” becomes more drone-like as it comes to a close, moving from its shifting centrifugal main body to something sedate and remote (MP3). According to a brief liner note the work, attributed to Appalachian Falls, was performed live on “an array of distortion pedals and tape machines.” The combined effect has elements of the hypnotic pulsing and layers of classical minimalism, as if enacted by a shoegazer band.

Track originally posted at restingbell.net. Visit for additional information, including a second track, “Antonym.” The set is titled GrimGrimAntonym. (Information on the recording artist is scant. A brief bio on the label’s website reads as follows: “Appalachian Falls is the work of I, sometimes with the help of A and some other friends.” There is no forwarding link.)

Fragments from the iMaschine (MP3) 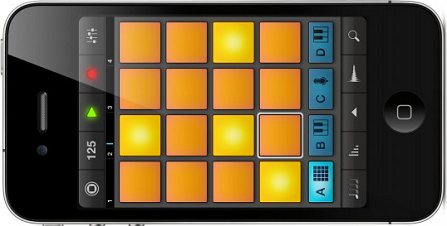 Small software, small experiments, small files. Mike Rotondo recently tweeted a new recording, and it turned out to be 35 seconds of beat bliss. Arguably shorter than that, given its loop-based construction — and arguably longer, given its inherent temptation to be set on loop for an extended period of time.

Titled “Flip Throw In,” it has the feel of a hip-hop production waiting for vocalists, but one secretly more than happy to keep the pace all by itself. There’s a robot heartbeat of a pulse, and what appears to be a sample of piano. Not only does the looseness of the analog piano recording align at best roughly, and therefore rewardingly, with the tensile routine of the tiny beat — so, too, does the lush low fidelity of the recording, a kind of muslin filter, pair against the beat’s pixel precision. The result is promising: a little of J Dilla’s underkey metrics, a little of Kanye West’s alchemical ability to turn sloppy into louche, a little of DJ Premier’s fetish for imperfect ivories. “Flip Throw In” was recorded in an inexpensive iOS app called iMaschine that its developer describes as a “beat sketchpad,” pictured up top. From little things, lovely little things grow.