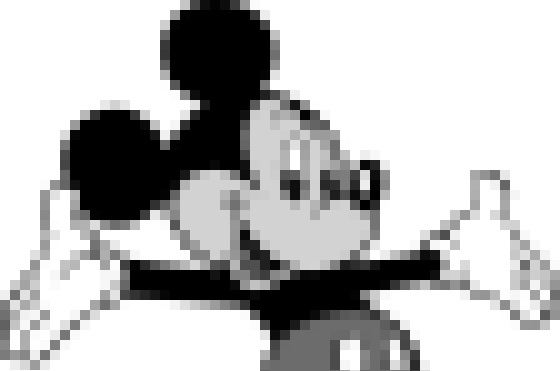 The short piece of music “Muffled Mouse” is like a sonic Christo rendering of a Walt Disney icon. It is not a statue of Mickey Mouse covered with a lavender swath of fabric. It is a recording of a music box playing the Mickey Mouse Club theme song that is, true to its title, muffled. We know that the music box, like the piano, is a percussion instrument hiding in plain sight, but oddly enough it is the act of hiding the instrument — muffling it — that brings its percussive undergirding to the fore.

The track was posted by Jesse Cox of Searcy, Arkansas, at his soundcloud.com/the-ordinary page. He’s also posted, for comparison’s sake, the “original” (unmuffled) recording. As he points out in the track posting, “you just hear the clicks of the tines and other inner workings.” The muffling does the opposite of what is expected: it exposes. You hear through the original song, and what you hear is the mechanism itself.