The Sound (and Sound Application) of Video Art (MP3) 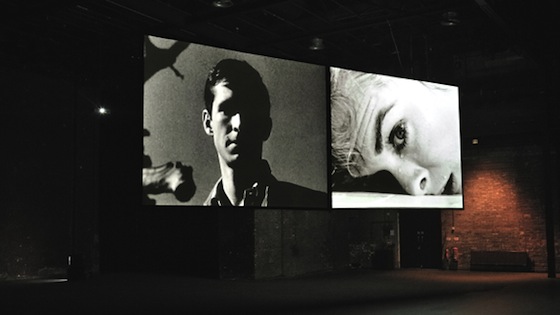 The Tate Modern’s interview featuring artists Peter Campus and Douglas Gordon, as moderated by former Whitney Museum of American Art director David A. Ross, is focused on their video work, but it serves wider-ranging consideration and application (MP3). As Ross says early on, it’s almost unseemly to simply refer to them simply as video artists, because to do so seems to unintentionally but firmly subjugate their work as some sort of subset, or offshoot, instead of as artworks whose elected medium was simply defined by the projects they desired to implement, the questions they wished to probe. This is a situation not unlike that of “sound art” — it often seems like “sound arts” is a more applicable term, much as feminists rightly speak of “feminisms” lest they unintentionally feed the impression of a unified collective point of view, or better yet of “sound in art.”

In any case, the Tate interview, which dates from April 2008 but only recently popped up in the museum’s RSS feed, is quite thought-provoking, especially Campus’ depiction of early interactive work, and Gordon’s thoughts on matters of slowing down pre-existing media (this is the artist who created 24 Hour Psycho). And those listeners hoping for a touch of the purely sonic will appreciate a moment when Gordon aims to characterize the sound of Campus’ studio, the sound inside Campus’ head; he does this by intoning a wordless hum that he modulates incrementally up and down.

Track originally posted for download at tate.org.uk. (Image up top of 24 Hour Psycho from cbc.ca.)