Sounds from an Imagined Belgium (MP3) 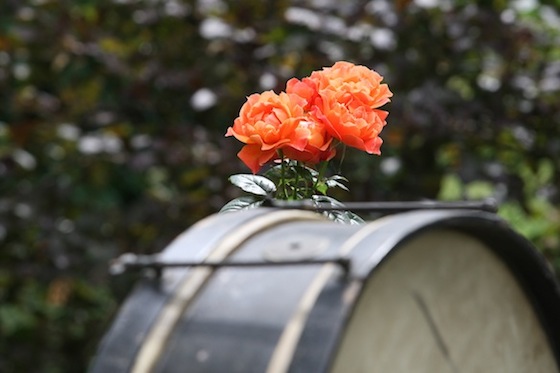 The rhythm is disjointed, overlaid, an experiment in disorienting counterpoint: a rough mix of pizzicato strings and occasional sawing on the one hand, and what seems to be a particularly adamant church bell on the other, the whole thing, this combination of beat-like punctuations that decline to align, given context by an underlying drone. And then it shifts, the drone coming to the forefront like a fog horn that has mastered circular breathing. The sounds are sourced, reportedly, from a place in Belgium that holds special meaning to the musicians whose work this is: Peter 7 Paelinck and Yves Bondue. They explain, “It is an historcal place with ancient history of death and war – Yves’ playground when he was young, a place druids, a gathering point of nature sourced by its sounds of trees and birds.” Then again, the duo appends to this notice a caveat: “nothing is true / everything is permitted.” Perhaps their geolocative sonic experiment is entirely fictional (MP3); either way, its amalgams are entrancing.

Track originally posted for free download at touchradio.org.uk as part of the great Touch Radio series from Touch Editions. The above photo, by Luc Vanhoucke, accompanied the MP3 at the Touch Radio post.