Sound and the Tactile Ear 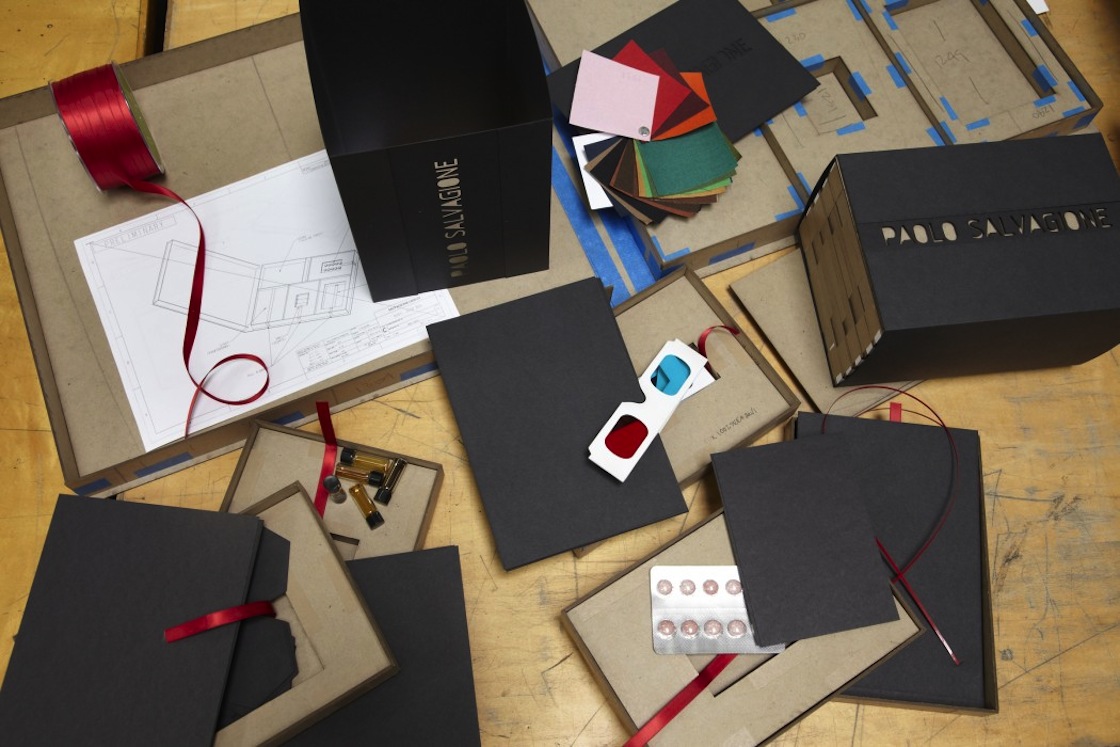 On November 2, 2012, at the San Francisco Center for the book there will be a combination book preview and exhibition opening for artist Paolo Salvagione. His forthcoming book is a contemporary Wunderkammer, or cabinet of curiosity, titled One for Each. As pictured above, while still a work-in-progress, it is a box in the form of five drawers, made of English buckram and black leather. Each drawer contains a different self-contained work, one for each of the five human senses. (More on the opening event, which will run from 6pm until 8pm, at sfcb.org.) 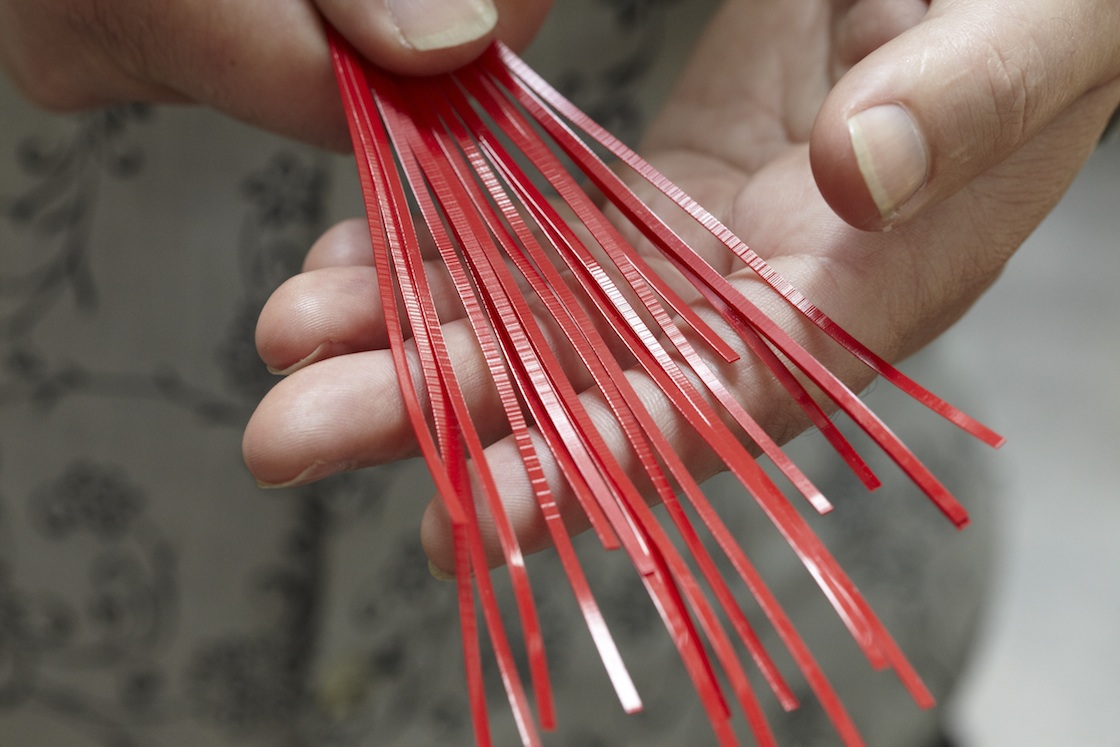 “Sound and the Tactile Ear”

All senses are tactile, sound no less so than its four siblings. ï¿¼ Sound is the physical registration of pressure in the ear. Sound is often mistaken as ephemeral. Blame and credit for this confusion date, in equal parts, at least as far back as the conception of the Music of the Spheres: the consensually perceived geometric purity of objects moving harmoniously in the vacuum — sonic and otherwise — of space.

Sounds may count as ephemera, as fleeting, but sound itself is experienced physically. That pressure in the ear differs in no particular or meaningful way from an unfamiliar and flexible physical object against one’s hand, from a vermicelli-width piece of plastic in one’s palm, from a thin strip of raised edges against one’s rigid, determined, and vaguely curious fingernail.

Pull one’s nail along that strip and, self-evidently, a rough sound will be produced. What one hears is not simply words but a voice, a specific voice. Encoded in those ridges, in that rudimentary textural data, isn’t merely syllables and words and grammar, but tone, nuance, association. The sound is rough — appropriately so for something that results from texture. The result is a second layer of information: first a phrase; then meaning, by way of affect.

The item in One for Each itself, the object in hand, adds a third layer, one of novelty. The talking tape, as such items are called, registers as the sort of thing that one might have, once upon a time, exchanged a nickel for in a gumball machine. It would have come wound up tight in a small, semi-opaque eggshell. The talking tape registers as the sort of thing advertised in comic books of yore, when Charles Atlas was king and sea-monkeys ruled the oceans.

The object is a novelty, a curiosity from days gone by. It’s a modest wonder whose primary effect isn’t wonder at the object so much as wonder at the era in which such an object could conjure wonder. Your nail remains curious, and it scratches again and again, hoping to get at the grain of truth. The other four short essays are titled “Sight and the Media of Immersion,” “Smell and the Threat of Action,” “Taste and the Mechanization of Civility,” and “Touch and the Visceral Silhouette.” I may publish them here at a later date.

More on One for Each at salvagione.com. The project’s typography is by Boon Design (boondesign.com).

Update 2012.10.20: Some additional photos of the letterpress process: 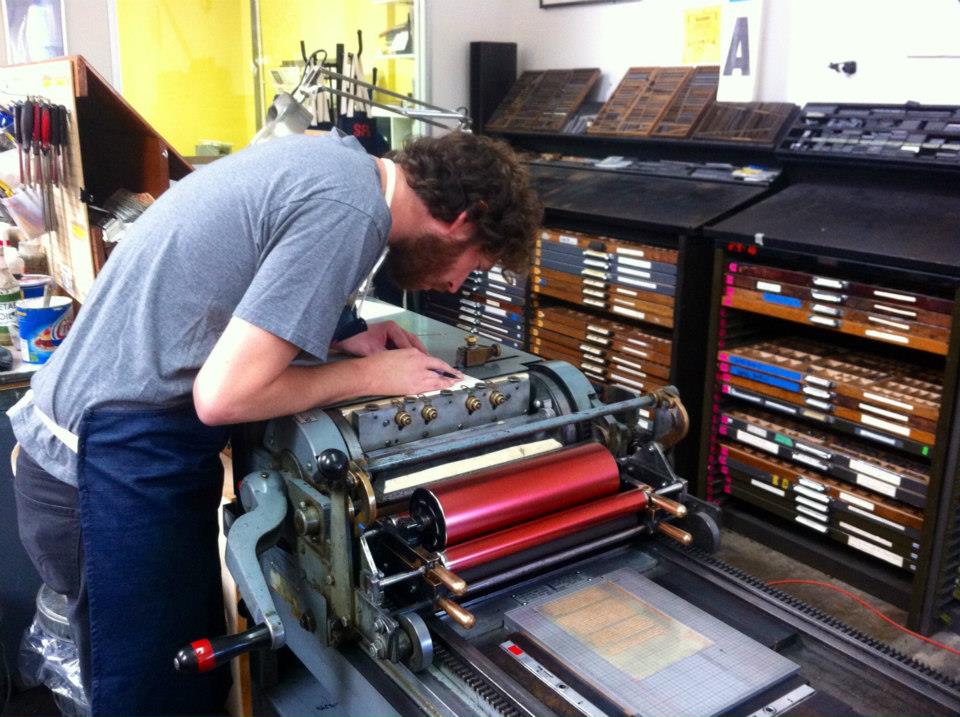 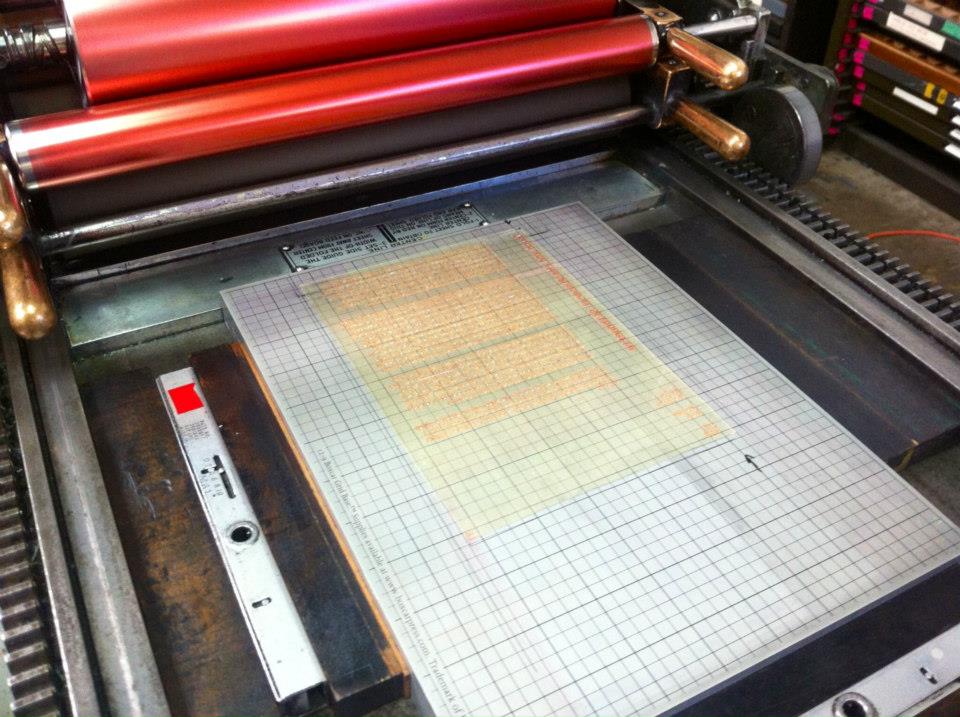 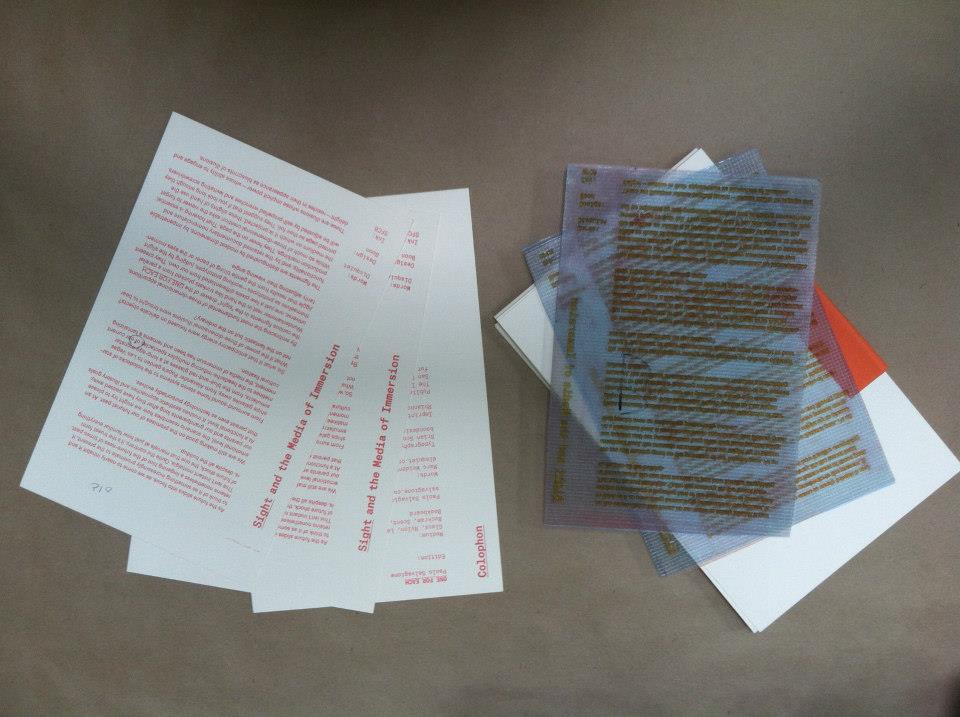 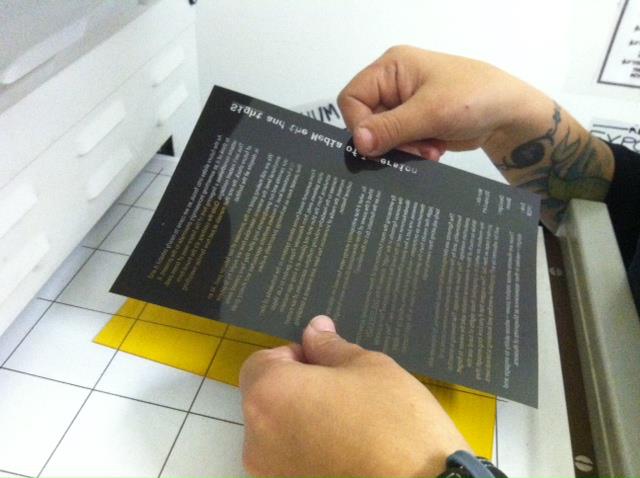 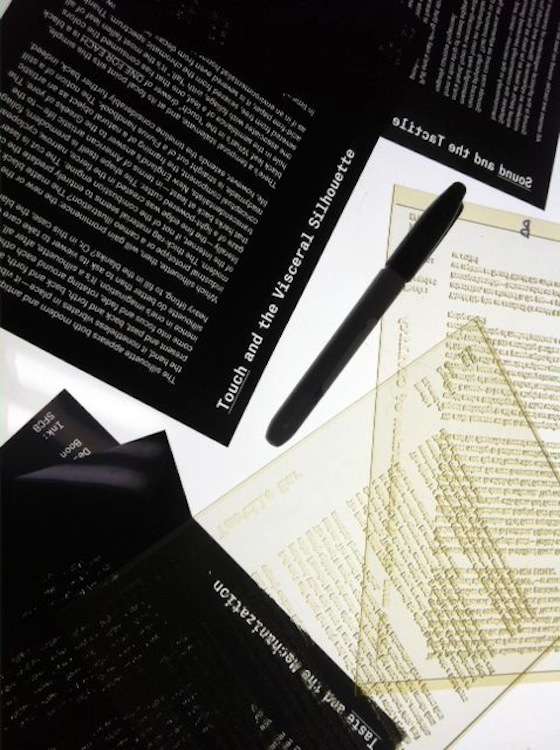