Major thanks to Jason Sigal of the Free Music Archive and WFMU for having interviewed me about the Disquiet Junto and the upcoming concerts in Manhattan and San Francisco. It’s a long piece. Here are two bits of it. First, about the role of the Creative Commons: 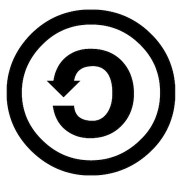 Sigal: Why do you think so many of the artists involved are using Creative Commons licenses for their contributions? Did you consider making this a requirement for participation?

Weidenbaum: There are many factors. The participants are generally encouraged to use Creative Commons licenses, and to make the music downloadable for free. The downloadable part is because sometimes a project will be built on a previous project, and if your track isn’t downloadable, the process of getting permission doesn’t really work in the four-day timeframe each project has. Also, we do a lot of work with audio sources from places that employ Creative Commons licenses, like netlabels, and maintaining the license is part of the deal. Finally, I am simply a huge proponent of the Creative Commons — the structure of the Disquiet Junto, the approach, is largely predicated on the idea of the commons, especially as informed by works I’ve read by Lawrence Lessig and Eric S. Raymond. That Nowaki label project I mention above is an interesting case. Even though there are hundreds of netlabels using a Creative Commons license to make their music freely downloadable, a surprisingly small subset — well, surprising small to me, and to other people who pay attention to the field, like C. Reider of Vuzh Music — use the license that allows for derivative works to be created. We focused our Junto creative energies on Nowaki as a thank you to Nowaki, because Nowaki’s license does allow for derivatives. I wish more netlabels did. I wish all netlabels did. And I really want to say thanks at this juncture — while we’re discussing the Creative Commons — for the invitation to discuss these topics. What the Free Music Archive is up to is pretty freaking special; it’s important, formative, inspiring.

And second, about all the great people who’ve played a role in its activity:

Weidenbaum: The sheer number of people who’ve participated in one way or another has been phenomenal. I hesitate to single out anyone, for fear of offending someone else. But the overall vibe of the Junto has been so collegial and communal, I do want to note some individuals — not as standouts so much as individual cases from whose roles you can extrapolate the myriad ways people have participated: Guy Birkin, from England, and Brian Biggs, from Philadelphia, have made some tremendous music, and when they’ve had the opportunity, they’ve also made the discussions rich with technique and theory. Naoyuki Sasanami from Japan and M. Emre Meydan from Turkey have been tremendous translators, in Japanese and Turkish respectively — also Norma Listman from Oakland for Spanish, Ã‰ric Legendre from Canada for French, among many generous others. C. Reider from Colorado is such a proponent of the Creative Commons that his presence in music-making and discussion is essential. Ethan Hein, from Brooklyn, is a wonderful musician and also a great communal force. The participation of Stephen Vitiello has been amazing, because he is so accomplished, it’s amazing he is available; he even brought Steve Roden in for a project. Emma Hendrix doesn’t have as much time for the Junto as we’d all wish, but her music-making is always top notch — because she’s in Vancouver, her track when she does participate is usually the last one, and thus appears at the top of the list on SoundCloud, and her take on a project is always a solid starting point for a listener. Mark Rushton from Iowa keeps extensive notes on the approaches he takes to each track, which sets a great example for others — Robert M. Thomas from London is also excellent at this. Jami Welch, who works at SoundCloud, has been incredibly supportive. The British musician jmmy kpple has forged a unique and powerful persona — glitchy, wry, vibrant — in the Junto. And, finally — again just among a handful of examples — Benjamin Dauer of Washington, D.C., has made a point of commenting widely and thoroughly on individual tracks, and has helped promote the idea to Junto members that listening and commenting is as much a part of participating as is recording and uploading. And then there’s everyone who’s helped make the concerts happen, so much support and generosity. Again, those are just a few of the 260-plus participants, and I am thankful for everyone’s contributions.

Read the full piece at freemusicarchive.org.