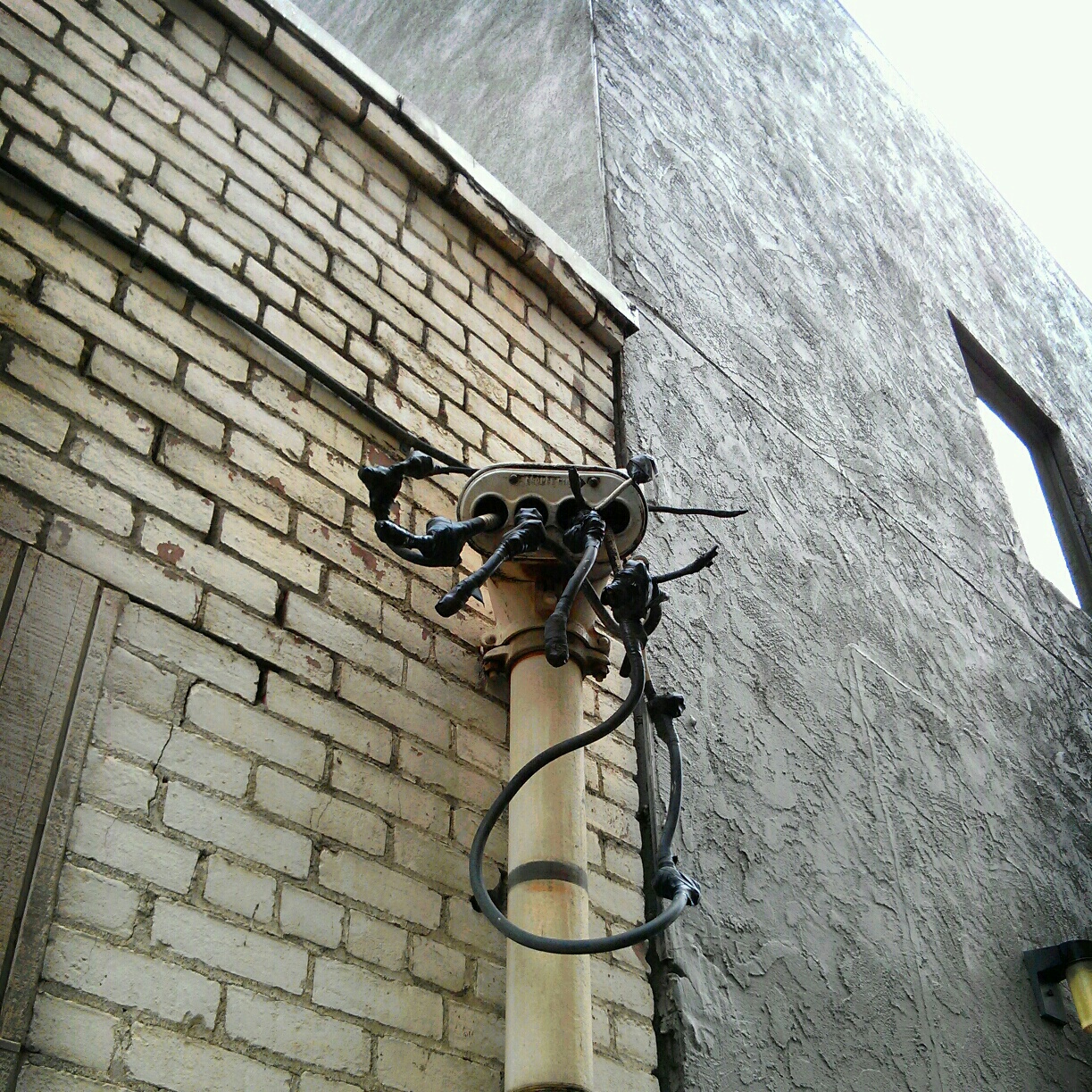 You never know what will come of a field recording, but less than a week on, one that I’d made in a Sacramento alley last Sunday has been listened to over 300 times, and has spawned at least one reworking.

This is the original track, recorded in downtown Sacramento, off 15th Street. It’s half a minute of the drip of a drainpipe at the corner where the alley meets a heavily trafficked street. Such things tend to waver, the pace and volume of the drip varying due to numerous variables. In the case of this pipe on this morning, though, the sound was consistent, even mechanical. It was also quite quiet. The drain wasn’t what had drawn my attention in the first place. I’d ventured into the alley to photograph an array of wires that looked like something out of a Predator film (see up top, and at instagram.com/dsqt, and larger still at flickr.com/photos/disquietpxl). From the street, the drain pipe had been inaudible, but after breaking from the stare of the wire creature, I noticed that the relative silence of the alley drew my attention to the drainpipe beat:

Ethan Hein has now made the beat the foundation of a mashup, which he identifies in the associated text as follows: “Björk vs Marc Weidenbaum vs Glen Velez vs Thelonious Monk vs Cannonball Adderley vs Miles Davis vs Oscar Peterson. The basis for this track is the ‘Mecha-Organic Drum Machine,’ a field recording Marc made of water dripping from a drainpipe.”:

Hein mentioned the track on his twitter.com/ethanhein account. Track originally posted for free download at soundcloud.com/ethanhein. More from Hein at ethanhein.com.