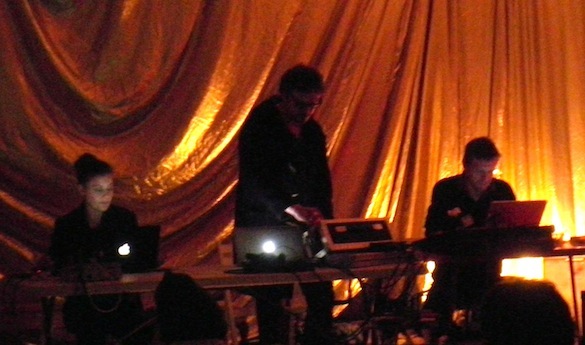 In the middle of last year, Richard Francis, Rosy Parlane, and Rachel Shearer performed at the Audio Foundation in Auckland, New Zealand, in support of the publication of the book Erewhon Calling: Experimental Sound in New Zealand. Their concert has now surfaced as an extended, static-laden MP3 on the great touchradio.org.uk site (MP3). It plays like the signal of some errant radio broadcast heard several continents away from its point of origin, having skipped around the globe by chance geothermal conditions. The core white noise occasionally is interrupted by modulations, brief asides, jagged sounds, and additional layers of hum and drone.

Track originally posted for free download at touchradio.org.uk, where the above picture (by Zoe Drayton) appeared. More on the Audio Foundation at audiofoundation.org.nz.