A "homemade windharp" by Rick Tarquinio 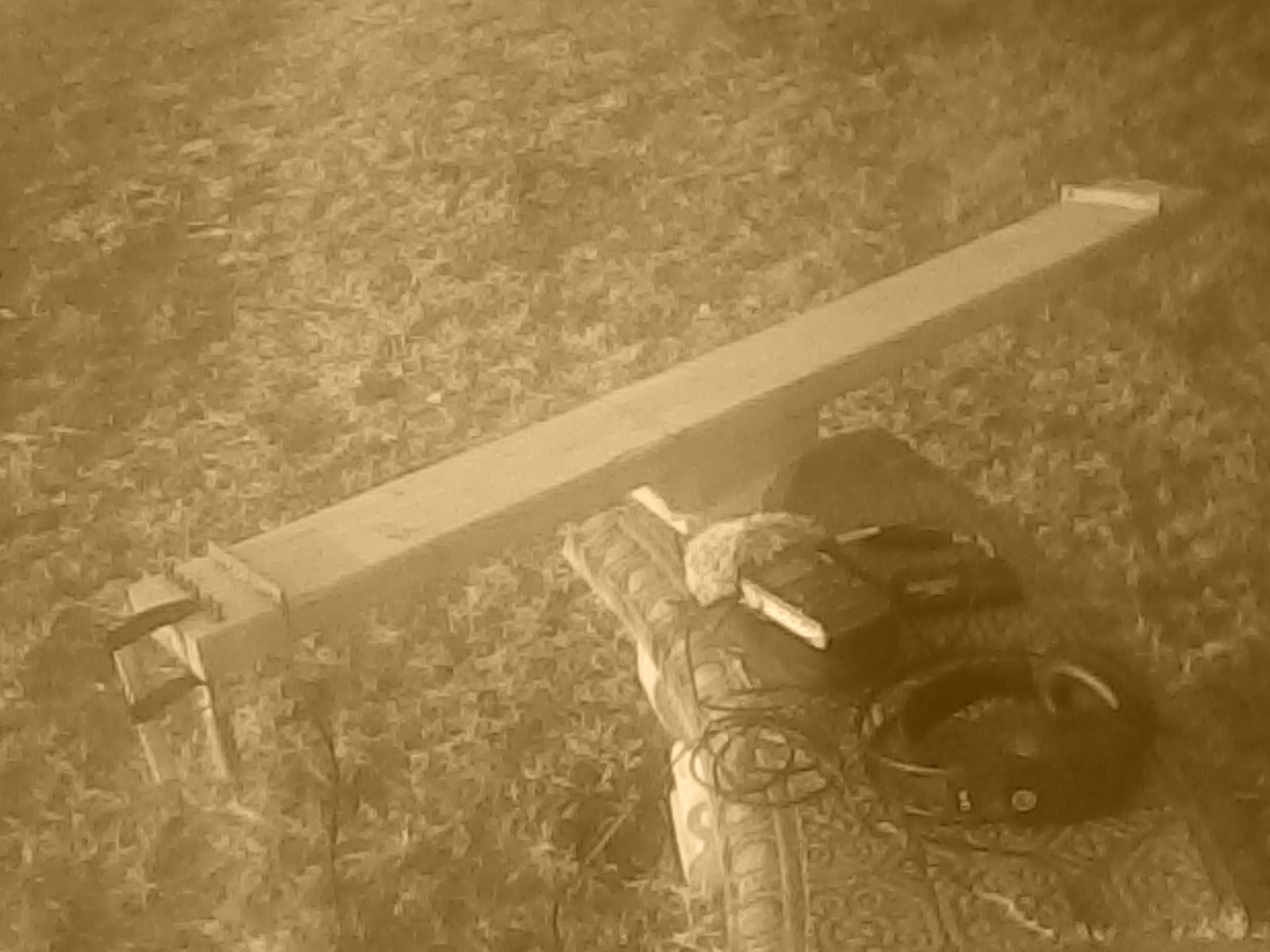 The aeolian harp is among the earliest generative instruments. It consists of a series of strings set out and left for nothing but the wind to engage with them. This is a recording of one such instrument developed by Rick Tarquinio. The above photo is from the post of the track on Tarquinio’s BandCamp page, and there’s another at his soundingplace.com site. The sound is less a matter of chords than of slowly alternating swells of deep, sonorous tones. According to Tarquinio, this recording was made in “a chilly breeze,” but there is nothing brittle about the excited strings, which throb with their inherent, insistent hum. In practice, the harp is as much a composition as it is an instrument: it’s a system set out for a series of random actions, in the form of wind, to put into play. As such, it is a distant ancestor of the modern-day generative music app, such as Brian Eno and Peter Chilvers’ Bloom, in which chance incidents trigger a sequence of harmonically structured possibilities.

Track originally posted at a “name your price” rate at ricktarquinio.bandcamp.com. More from Tarquinio at soundingplace.com.