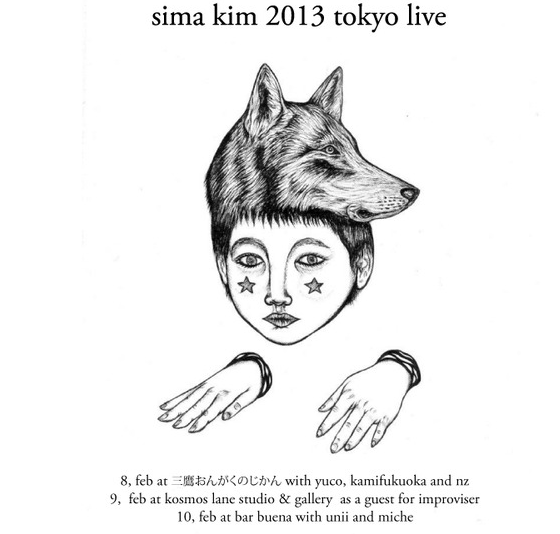 This lushly yet lightly flowing solo piano piece by Sima Kim was recorded live at Nui., a hostel and bar/lounge in the Kuramae area of Tokyo, Japan. In a manner, the track seems to have been doubly improvised — not only composed while performed, but also not pre-scheduled. It was recorded on February 11, a day after Kim’s brief recent Toyko tour ended, per the flyer above.

Track originally posted at soundcloud.com/sima-kim. Kim was born in South Korea and raised in Europe. More from him (albeit in Korean, primarily) at simakim.tumblr.com and twitter.com/sima_kim.