In Brief: Great interview with Steve Roden at acloserlisten.com, and there remains a full second part, due in a week. Â¶ Some albums keep on growing, even after their initial release. 3m33s, organized by Montreal-based Le Berger, contains 33 drones, each three seconds over three and a half minutes in length, and each by a different participant (among them Grzegorz Bojanek, Scott Lawlor, Cinchel, Nils Quak, Matthew Barlow, Guy Birkin, Katie Gately, Ted James, subnaught, and the OO-Ray). Purchase a copy and you will also get any additional tracks that are produced: leberger.bandcamp.com. The music is excellent (it streams in full below), but that aside, the model is worth emulating. 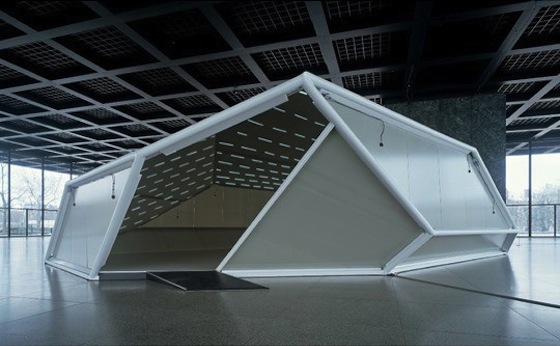 Â¶ The 63rd Disquiet Junto project, which was completed yesterday evening, resulted in 24 tracks of a surreptitious Gregorian chant recording being played back in a reverberant space and then transformed through digital approximations of echo. The weekly project series is nearing its 2,000th track, and has had well over 300 participants. Â¶ Just the occasional reminder that there are Disquiet.com outposts at twitter.com/disquiet and app.net/disquiet and instagram.com/dsqt and soundcloud.com/disquiet and thisismyjam.com/disquiet and facebook.com/disquiet.fb and bandcamp.com/disquiet, and (as @disquiet) on the recently released Vine.co six-second video-loop app. Among other places.