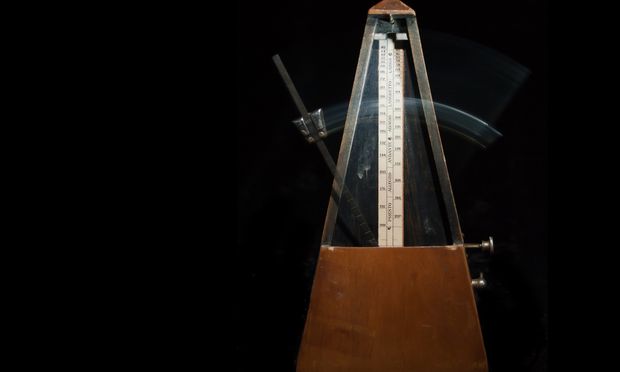 A few months ago, back in mid-February, the RadioLab show took up the subject of Ludwig van Beethoven’s engagement, late in his life, with a then new gadget — think of it as the iPod of its day, perhaps the modular synth of the early 1800s. The gadget was the metronome, developed by Johann Nepomuk MÃ¤zel. Now, Beethoven was not foretelling György Ligeti’s “PoÃ¨me symphonique,” his symphony for 100 metronomes, but he was working with the tool toward his own ends — retrofitting his early works, adding to them metronome-derived time signatures that were faster than musicians then, and now, would play. Speaking in the podcast are, among others, Alan Pierson, Artistic Director of the Brooklyn Philharmonic.

There are interesting parallels between the metronome and the way, a century or so later, the player piano would intrigue both Conlon Nancarrow and Igor Stravinsky, the former with his complex, post-human endeavors, and the latter’s interest in using the machine to adhere to his strictist intents.