â—¼ Shorted Shortlist: The shortlist for this year’s Turner Prize has been announced. The artists are Laure Prouvost, Tino Sehgal, David Shrigley, and Lynette Yiadom-Boakye. A writeup at blouinartinfo.com refers to Sehgal as a “first” for the Turner (“the first time an artist producing no object is included”), but I wonder if Susan Philipsz, who won for a sound-based work in 2010, doesn’t count in that regard. Charlotte Higgins, among others, noted this back in December 2010; Higgins wrote of Philipsz, at guardian.co.uk, that she “is the first person in the history of the award to have created nothing you can see or touch.”Then again, perhaps what the Blouin story, by Coline Milliard, is getting at is that even though ephemeral, the Philipsz piece in question — Lowlands, which involved multiple versions of the same 16th-century Scottish song — was still a self-contained work, unlike with Sehgal, whose “objectless practice involves events performed by participants.” For the record, I’m not remotely focused on art horse races — in “art competition” in general — but I am interested in how art horse races shape and illuminate things, like institutional conceptions of the role of sound in art. 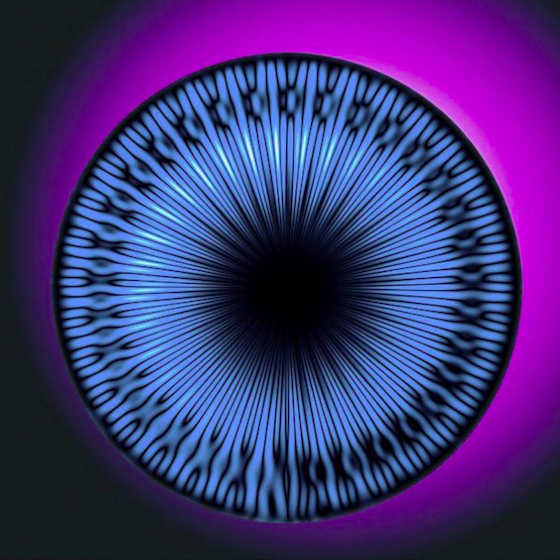 â—¼ What Sound Looks Like: That’s a visualization of the song of a humpback whale up top, below left crickets chirping and below right a Northern Cardinal. These are the work of Mark Fischer, who combined his interests in computer programming and marine acoustics. More at his website, aguasonic.com (via dailymail.co.uk, via io9.com).

â—¼ App Developments: You can now connect your instagram.com account to your thisismyjam account, and “use any Instagram photo as your jam image,” according to an email announcement from the latter service late last week.

â—¼ Unsilent Eno: “[H]aving invented the future, shouldn’t he be allowed to live in it?” — that’s composer Phil Kline (Unsilent Night) on Brian Eno returning time and again to particular themes and concepts (wqxr.org). … Speaking of whom, Eno’s latest installation is at the Montefiore Hospital in Hove, England (via longnow.org). This will, no doubt, lead to Eno’s Syndrome, a pathology suffered by those who seek treatment at Montefiore Hospital to take in his installation.

â—¼ Past Isn’t Past Dept.: The further ahead we progress, the deeper into the past we can delve. Technology continues to let us listen to things that were, until recent years, unlistenable, such as a recording of Alexander Graham Bell, inventor of the telephone: ibtimes.com:

â—¼ Live Film Sound: “The film has drifted into obscurity for one simple reason. … ‘The sound doesn’t exist.'” — that’s from Susan King’s piece in The Los Angles Times about the resuscitation of The Donovan Affair, a 1929 Frank Capra film (“the first all-talking motion picture he directed for Columbia Pictures”). There’s now a live theatrical version of the film, with actors and musicians and others providing audio to the projected movie. How did they get the script? There was a copy in the archives of the New York State Board of Film Censors — “but it was only 60% to 70% accurate.”

â—¼ Voice Overacting: “It’s going really well but you don’t have to add your own sound effects” — that’s fight-training advice given to actress Hayley Atwell, who plays Peggy Carter in the recent Captain America films, at metro.co.uk (via io9.com).

â—¼ Sounds of Brands: “Live Music and a Canned Patron” — that’s the title of Ben Sisario‘s piece in The New York Times about the Red Bull Music Academy (nytimes.com). The academy began in 1998, 11 years after Red Bull was founded. The event in New York this year includes work by Brian Eno, Ryuichi Sakamoto, Alva Noto, and Giorgio Moroder, among many others. Flying Lotus is an alumni; he participated in 2006, when the event took place in Melbourne — that’s the year of his debut album (1983, titled for the year of his birth). Red Bull is an essential case study in this class on sound in the media landscape I’ve been teaching.

â—¼ Sound Designers: There is a deep well of sound-design mini-documentaries about film over at soundworkscollection.com. Below is an eight-minute overview of the sound and music in the David Fincher version of The Girl with the Dragon Tattoo, with commentary from composers Trent Reznor and Atticus Ross, sound re-recording mixer Michael Semanick, and re-recording mixer, sound designer, and supervising sound editor Ren Klyce (thanks for the link, Max La RiviÃ¨re-Hedrick of futurepruf.com). The discussion at one point focuses on an especially fine moment in the film, when the droning of a floor cleaner in a nearly deserted office building melds with the movie’s score:

â—¼ Orchestral Stasis: What follows are the fourth and fifth movements from the world-premiere performance of Markus Reuter’s “Todmorden 513,” a beautiful example of orchestral stasis. It was recorded at the King Center Concert Hall in Denver, Colorado, on April 18, 2013 (cinematographer and sound recorder Scott “Gusty” Christensen, music director/conductor Thomas A. Blomster):

â—¼ Interface Agnostic: “Be skeptical of the name and GUI of all your plugins.” — Excellent advice, both practical and metaphorical, from Brandon Drury in his column “I’m A Sound Designer: Game Changer #8” at recordingreview.com.