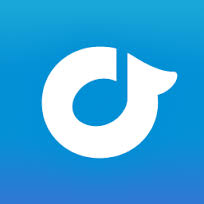 I’ve been using Rdio.com for about a week now, and I’m enjoying it. For $4.99 a month, it’s certainly an affordable option. The sound quality has been fine (on phone via T-Mobile, and via wifi on a Nexus 7 in the kitchen, as well as on a laptop). The two major selling points are access to spur-of-the-moment selections — especially for some ancient rock’n’roll, like the Who or the Kinks — and quick listens through current releases, like Sigur RÃ³s, Kanye West, or the revived Black Sabbath.

In terms of catalog, Rdio is far from the Borgesian universal library these services are sometimes likened to. A writer at the New York Times said, back in March, “I rarely come across an instance when Rdio can’t supply a song I’m looking for,” but that may say more about the relative breadth of the writer’s taste than it does about the depth of Rdio’s holdings. There are large, bewildering holes in the discographies of prominent electronic artists — plenty of Aphex Twin albums, for example, but almost none of the myriad EPs and singles. There are just six full-lengths from DJ Krush, and just eight from Keith Fullerton Whitman, both of whom are more prolific than those numbers suggest. Then again, from Grouper there are 11, which is nearly complete, and the Tim Hecker selection is also strong. The main gripe is Rdio’s album-centric orientation, the result of which, in hip-hop and r&b, means very little in the way of instrumental tracks. In electronic music, the limited presence of singles has the unfortunate result of dimishing the connections between artists that are usually highlighted in the logrolling we call remixes.

The absence of genre on Rdio is strange, at once confusing and freeing. Tracks are devoid of the standard categorizations like “rock” or “country” or “jazz.” It’s healthy, in that you stop wondering whether album X is really genre Y, and just listen — that said, the absence of genre and tags really limits discovery and filtering options.

Speaking of context, the site is woefully limited in that regard. There are no liner notes, and what track metadata is present frequently provides a funhouse-mirror view of an album’s history: Photek’s The Hidden Camera was released in 1996, but is listed on Rdio as a March 2003 release (Spotify has the year correct); Prince’s Dirty Mind is listed as 1984, when it was 1980 (again, Spotify has it correct).

In any case, I’m enjoying Rdio so far, and have started some playlists intended for general consumption (paralleling but not overlapping much with the “Carousels” I launched on SoundCloud). Right now there are two: “Disquiet / Ambient” and “Disquiet / Beats.”