This would be roughly the week of December 23 through December 29. 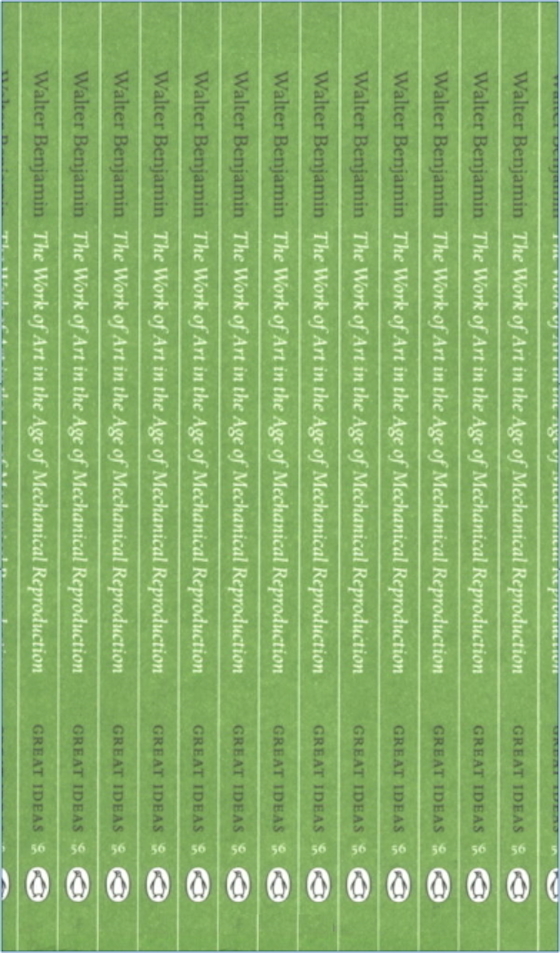 5 Years Ago (2008): A feature collected this site’s readers’ favorite albums of 2008. … The quote of the week collated material from Fringe, among it: “Was I humming? I thought it was in my head. ”¦ Nothing sings like a kilo volt. Unique pitch. Nothing else in nature quite like it.” … The image of the week was the cover to the then new edition of a Penguin paperback of Walter Benjamin’s The Work of Art in the Age of Mechanical Reproduction. … The week’s Downstream entries included some 8-bit Christmas music, a raucous drone by Growing, Esther Venrooy’s saw-toothed wave forms, jazz remixes from Silences Sumire (aka Thomas Faulds and Charles Gorcyznski), and foghorn-tronic material from Stray Ghost.

10 Years Ago (2003): My favorite albums of 2003, in a post this week, included Quartets by Boxhead Ensemble (to this day a major favorite — I briefly considered pitching it to 33 1/3 instead of Aphex Twin’s Selected Ambient Works Volume II), Systems/Layers by Rachel’s, and So by So (aka Markus Popp and Eriko Toyada). … I must have been taking an end-of-year break, because there were no Downstream entries.