This would be roughly the week of January 13 through January 19. 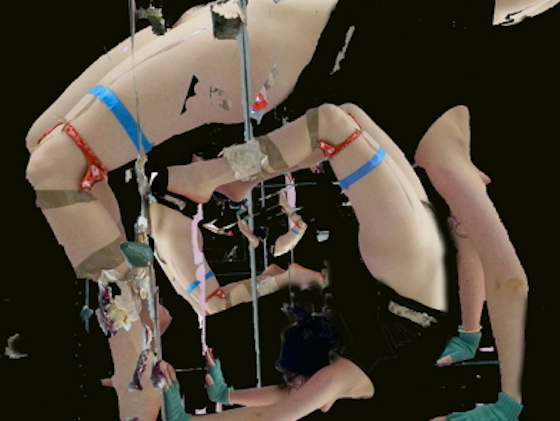 5 Years Ago (2009): I wrote about videos by Lauren Lavitt and Sara Blaylock shown as part of a group exhibit at the Michael Rosenthal gallery in San Francisco. (The above image is Blaylock’s.) … The quote of the week (“Everybody wanted to be a DJ, now everybody is a DJ and wants to be a curator”) was from a lecture-in-the-works by Digiki, born Antonin Gaultier, who’s French but lives in Japan. The images of the week were interfaces from audio tools announced at NAMM. … I had a brief entry about social networks I participated in — apparently I still did MySpace at the time. … Downstream entries (free, legal downloads) included a Mark Pritchard track, some Finnish remixes of the Buddha Machine, the duo of Hiroshi Kumakiri and Jessica Rylan, a landmark 1985 album, and 11 MP3s in search of Ingmar Bergman.

10 Years Ago (2004): The quote of the week was Gavin Bryars talking about his cellphone going off during a concert. … Downstream entries included a video interview with Brian Eno, music by 400 Lonely Things, a jazz-electronic hybrid by Pino the Frog, and some Warp downloads and video.