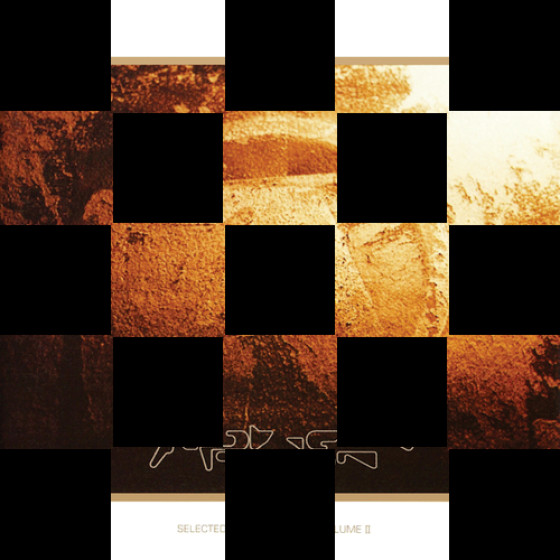 .@disquiet's new book on SAWII is amazing. If you're an Aphex Twin fan you owe it to yourself to pick up a copy! pic.twitter.com/oLuPL2gKrO

As mentioned yesterday, the most intense, beat-driven track on the album is arguably “Shiny Metal Rods,” and one should be sensitive to the plight of an individual who listens to the preceding track, “Parallel Stripes,” cozies up to the warm embrace of the speakers (or, forbid such a thing, turns up the headphones) during its lulling static-as-substance ambience, and then is hit with the intensity of “Shiny Metal Rods.” As I write in the book, this track is sine wave as form, and the wave emerges out of roughness, out of a “burr of static,” as I put it, that is the equivalent of a fried radio signal. The track just prior to this is, in essence, the album’s single, and also its literal centerpiece (track 13 of 25), “Blue Calx.” Combined, “Blue Calx” (melody), “Parallel Stripes” (pure ambience), and “Shiny Metal Rods” (minimalist beats) in just three consecutive tracks tell the story of this album. More on “Blue Calx” tomorrow.