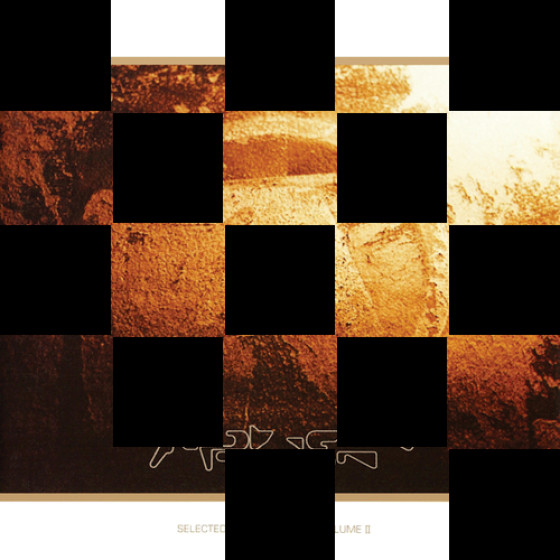 No new shots of the book in situ today, but this via the Twitter account of the Williamsburg, Brooklyn, branch of the Rough Trade record shop in response to a reader’s query as to whether it’ll be in stock. There is, it so happens, a small bit in the book about the Sire label’s corporate account at the original Rough Trade shop in London.

@psi yes we'll have it by next Friday

There’s a reason why the two “extra” tracks on Selected Ambient Works Volume II, “Hankie” and “Stone in Focus,” appear close to either end of the record, at positions 4 and 19. It’s so that in both their absence, “Blue Calx” remains in the center: either track 13 of 25 or track 12 of 23. (In the edition of the record with 24 tracks, it’s slightly off center, remaining at 13, with 12 tracks preceding and 11 after.) It’s both the center and the odd track out in various ways — the one with a title expressed in actual, you know, words, right there on the album sleeve; one of the few (“Lichen” is another) with a proper melody; the only to have appeared elsewhere prior to album release (on the 1992 compilation The Philosophy of Sound and Machine). There’s much on the track in the book so I won’t go into much detail here, except to note that the melody always, to me, brings to mind a muted edit, a melodic reduction, of “Auld Lang Syne.” Auld lang sine wave.

Here is the version recorded by the ensemble Alarm Will Sound, in an arrangement by Caleb Burhans, about whom there is much in the book: