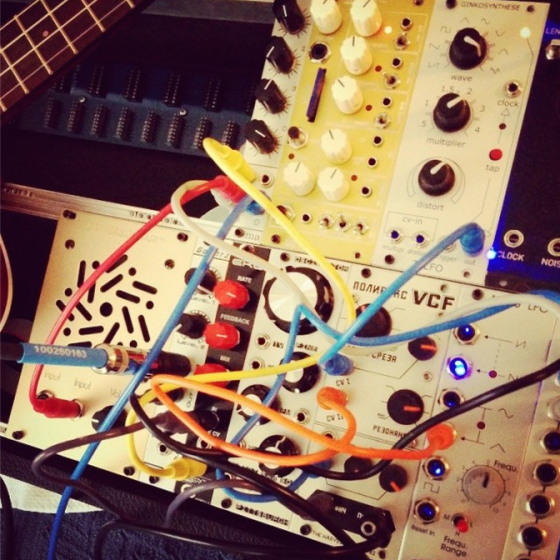 This is a recording of fake, Radiophonic space-age Satie that I attempted with a combination of my ukulele and the modular synthesis kit I’ve been slowly experimenting with. The short version is I’m trying to use the modular synth as a realtime processing unit, taking in the sound of the ukulele and making something of it. The thing I’m especially trying to do here is to use the system to introduce a varying, random range of sonic responses to — halos around, reflections of — the inbound signal, so that the overall sound with each echoing ring of an individual note has its own flavor.

The best part, for me, of this experiment was getting a sense of sympathy with the machine, getting a sense of what it was responding to, what it was capable of responding to, and capable of expressing, and then playing at a pace that complemented those capacities. Anyhow, I had a good time working on this. The photo associated with this track shows the patch. And one point of clarification: I didn’t touch the modular synthesizer once while recording this. Any alterations in the sound as the recording proceeds were the direct result of the patch functioning on its own.

For folks following the development of my setup, the bottom row are modules I own and the top row are loaners from a friend.

One thought on ““Radiophonic Satie””