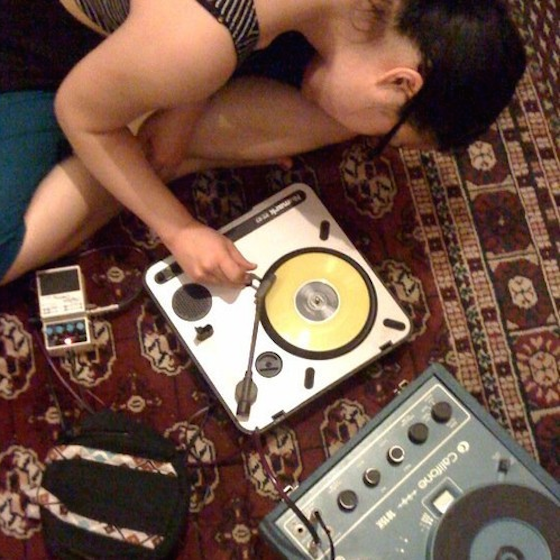 Glitch isn’t inherently entropic. Glitch may sound like things falling apart, but in capable hands it can also sound like things coming together. In more neutral terms, glitch may be considered a means of taking stock of something by considering as its underlying structure not the work itself but the reciprocal connection between the work and the medium on which it was recorded and reproduced. “Mere Anarchy” is the title of Julia Mazawa’s gracefully broken bit of chamber music, a piece heard as embedded in vinyl and then looped in small fragments thanks to digital technology. In Mazawa’s piece, the sounds heard being reworked are not unlike a memory playing over and over in one’s head, slowly reassembling after some extended period of disregard. Tiny flecks of strings are looped, at first a few seconds of alternating moments, then a more extended excerpt, then just after the eight-minute mark a separate violin, pitched higher and more foregrounded. The format of the memory is vinyl, evident in the scratchy surface noise that, with each repetition, takes on the semblance of a percussive element. Mawawa performs a kind of ecstatic exploratory surgery on the original, never quite revealing it, but laying the parts bare and reveling in their inherent qualities. I had it in mind to send Mazawa an email asking her to help identify the source material, but decided to first see if anyone reading this might recognize it.

Track originally posted for streaming at soundcloud.com/juliamazawa. Mazawa, who is based in Oakland, California, opened the final night of the recent San Francisco Electronic Music Festival, and has a piece in the “Sonic Frame” installation that I developed for the 45th-anniversary exhibit Momentum: an experiment in the unexpected, which opened October 2, 2014, and runs at the San Jose Museum of Art through February 22, 2015.