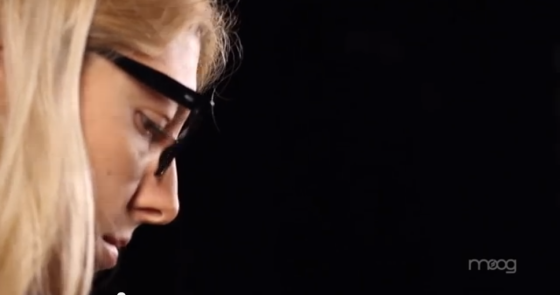 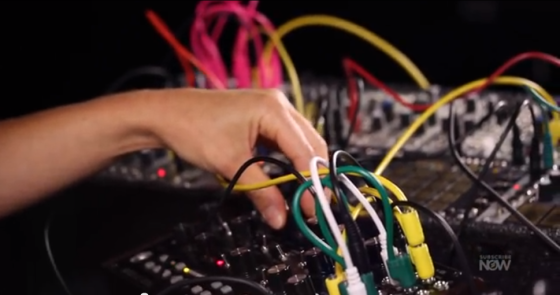 This “Meeting of the Sines” piece by Los Angeles-based Bana Haffar is nearly three minutes of slowly spaced, bell-like tones, each settling just in time for the next to surface, to rise, and to then again fall. They’re clearly synthesized — sounds aside, the track is also tagged #modularsynthesis — but they have a recognizable tonality, like something ringing at a church deep in Second Life at noon, telling the bots it’s time to gather for lunch and prayer. The bells range from deep, thrummy bass notes to high, clarion ones. Each echoes with a swaying sense of easy consonance, and occasionally there are reflective moments, when a bit of timbre is singled out, the sonic equivalent of a lens flare. It’s graceful, stately stuff.

Images up top are from this video at moogmusic.com of Haffar performing live:

“Meeting of the Sines” originally posted at soundcloud.com/banahaffarmusic. More from Haffar at twitter.com/banaonbass. Found via a repost by soundcloud.com/ghostoflightning, aka Travis Blitzen of Oakland, California.