What Is the Sonic Domestic Utility of the Ocean Surf?

I spent the past few days in Los Angeles at a hotel in Hollywood. My room, a small studio on the 11th floor, was awash with ocean sounds when I first walked in. The hotel had a little sound machine set up near the bed. It was on a crowded end table, what with the lamp, cordless phone, and iPhone-friendly alarm clock also sharing the space. Each item was vaguely elegant on its own, but collectively they were a matter of overkill and incongruity by accrual. The sound machine itself was fairly old, the speaker rattly, the recordings mechanical — a fax machine’s idea of surf. There were other options, too: stream, rain, white noise, and so on.

I’d had a similar experience previously at the same hotel chain in a different city, but that time I’d arrived late at night and struggled to find the source of the ocean and turn it off. I used to travel a lot for work, and became amazed by how much variation there could be in the placement and functionality of something as presumably straightforward as a light switch. It’s one thing to master the ever-mutating light switch. A “sound machine” is its own far-from-ubiquitous apparatus, a still-striving category aspiring to private-space normality. The hotel intended the sound machine to be relaxing; it was anything but. 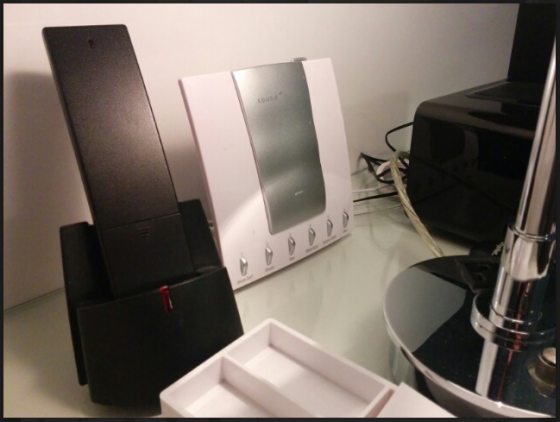 This time around I knew how to turn it off: that helpful large element in the front center was, in fact, a very large button — so large that it was hiding in plain sight.

Days passed, and this morning, while drinking coffee and listening through Bandcamp and SoundCloud, I came upon this track (up above) by Hilary Mullaney. It’s a deeply detailed field recording of surf off the Irish coast. A brief note from Mullaney sets context:

This is an edit of a longer recording made at the waters edge on a beach in Spanish Point, Co. Clare, leaving the recording device on the ledge of a black rock to capture the surrounding sounds. It was a cold, wet and windy day in August.

I had it on repeat for a couple hours, the nearly three-minute track washing out through my laptop speakers, a brief pause at each repetition, like a dream starting over again. There’s perhaps too much detail in a track like this to serve as serene background listening — the bird song, rough noise of perhaps the recorder herself moving about, the waves and bubbles washing at imagined feet, the ocean rumbling somewhat threateningly in the distance. 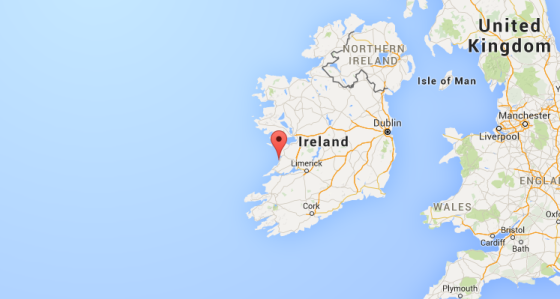 It’s unclear if real ocean surf serves the same sonic domestic purpose of fake surf, if the narrative inherent in a “real” recording, especially one as thorough as Mullaney’s, can provide the intended ease of the fake surf. Perhaps the main issue with the fake-surf device is the device itself: a substandard interface, a speaker that degrades over time, a busy addition to an already overstuffed bedside. Or perhaps it is the sound itself: a mechanical lullaby that reinforces (rather than distracting the listener from) the pressures of the modern world outside the window.