Sarah Davachi on Old Synthesizers and New Ways of Listening

As a guest on Marc Kate's excellent Why We Listen podcast 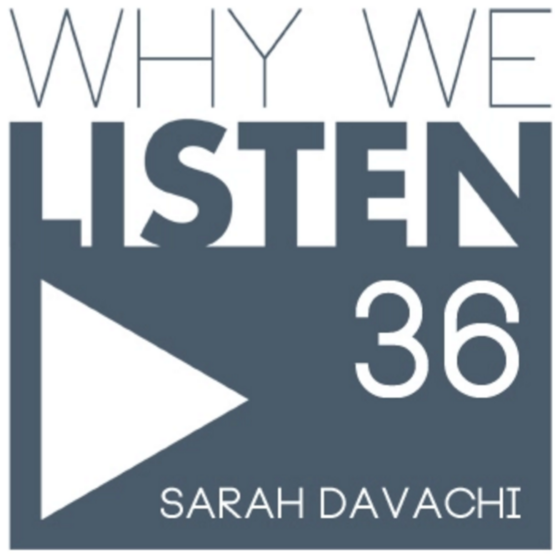 So, on Monday I wrote about the drones of Valiska. On Tuesday I wrote about the old-school synthesizer explorations of Sarah Davachi, focusing on her new album, Dominions. After posting that piece, I came to learn that the two musicians, coincidentally, know each other and are, in fact, playing a show together on May 5. On Wednesday I (purposefully) wrote about one of the musicians also playing a set on that same bill. And on Thursday I learned that Davachi is the guest on the latest edition, #36, of the Why We Listen podcast — furthering the coincidence factor, because I was the guest on #35.

The podcast is hosted by musician Marc Kate, who listens to and discusses three (or so) pieces of music with each guest. It’s a genius format to focus the podcast listener’s attention on Kate’s subject, because we listen to him listen. Davachi brought with her Dennis Wilson’s “Mexico,” James Tenney’s “Critical Band,” and John Frusciante’s “Untitled #11” and “Untitled #12.” In addition to talking about the pieces, Davachi talks about her own performance and compositional work. Subjects include moving from piano to synthesizer, working at a musical instrument museum, and bringing her “fidelity standards” down. There’s a great moment when she talks about how ambient music makes listeners uncomfortable because they don’t know — lost in the timeless-ness of it, in contrast with the attention-deficit nature of much pop culture — “what to do with their hands.”

The podcast is available at whywelisten.wordpress.com and on iTunes at apple.com. This link goes to the MP3 for direct download. More from Sarah Davachi, who is based in Montréal, Québec, at sarahdavachi.com.