From Electronic Music from the Seventies and Eighties, forthcoming from Unseen Worlds 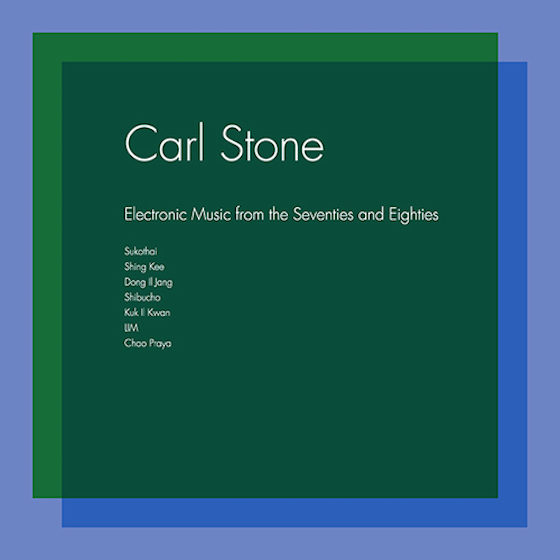 Carl Stone invited me to write liner notes to a forthcoming release of some of his early music, Electronic Music from the Seventies and Eighties. That is to say, early in his career; it’s not archaic woodwinds and pre-polyphony singing.The album is due out September 30 from the label Unseen Worlds (more at unseenworlds.com). The release will also include liner notes from Stone himself, and from Richard Gehr and Jonathan Gold.

The pieces I wrote about are described as follows: “The earliest works of this collection, ‘LIM’ and ‘Chao Praya,’ realized on the Buchla 200, date to the early 1970s while Stone was a student of James Tenney and Morton Subotnick at CalArts.”

The album is due out September 30 as a three-LP set. Here are my liner notes:

The composer Carl Stone is often associated with multi-channel work that immerses the listener in a spatial sonic zone, and with aggressive sample manipulation that explores its source audio from the inside. The two early Stone pieces, LIM and Chao Praya, are neither. Conceptualized and recorded between 1972 and 1974, they are elegant, built from limited resources. They may play with the stereo spectrum, but their intended breadth is reserved.

They are student work, in the sense that they were recorded while Stone was an undergraduate at CalArts in Los Angeles. The early 1970s were an especially heady time at CalArts. The composers Ingram Marshall and Charlemagne Palestine were graduate students there while Stone, an L.A. native, was earning his bachelor’s degree, Barry Schrader was among the school’s instructors, and Buchla synthesizers were available if not abundant.

They are student work, in terms of when Stone committed them to tape, but they are fully realized performances, in the sense that four-plus decades later they are compelling, consuming listening experiences.

Chao Praya has at its heart the tingling wavering associated with a prayer bowl, or perhaps a police helicopter. It undulates, and in turn its various procedural wave forms reveal their constituent parts. Shades take on greater emphasis as increased volume brings details into focus.

LIM, in contrast with Chao Praya, often plays at higher registers and with greater variance. Here there are space ships rather than helicopters overhead. Here tonal shifts launch slow-motion cascades of moiré patterns. At even a modest volume, the results have a physical effect, playing with the ear. They tease at the nexus where sounds venture beyond human recognition.

Morton Subotnick, one of Stone’s teachers at CalArts, speaks of how he was drawn to electronic music when he began to dream music that an orchestra was not capable of producing. Stone’s is such music. This isn’t to say this work is opposed to the classical tradition. Quite the contrary, with their relatively compact length — barely 20 minutes combined — and economical contents, these two pieces have the air of études, of compositions that set out to explore a terrain, to map out combinations and permutations, the repercussions of resonances, and to set them down for study.

It is all too easy with the rise of digital media to credit the blank slate of streaming audio and the frictionless playback of solid-state drives with the level of nuance we experience in today’s sound design and audio recordings. Certainly these newfound comfort levels with quietude have created opportunities for musicians to nurse and adopt ambient proclivities. But the re-release of Chao Praya and LIM evidence that there are composers, Carl Stone key among them, who were working these elds from the beginning, who recognized at the start that new instruments would yield new forms.