An Ondes Magnétique in action 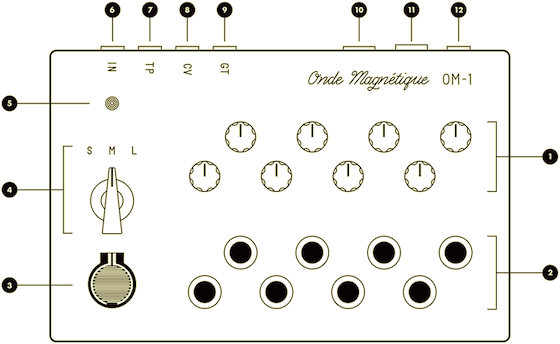 The OM-1 Ondes Magnétique is an elegant little box that uses fluctuations in cassette tape speed to effect otherworldly yet melodic material. This video shows SineRider putting it to use. The layering effect is the result of the OM-1 being played through a “triple delay,” meaning each sequence is heard several times, providing its own gentle, hazy backdrop as it gathers and fades. It’s the latest piece I’ve added to my ongoing YouTube playlist of fine “Ambient Performances.”

For reference, here’s a demo video showing the device put to use on flute, vocal, and other source audio:

Track originally posted at SineRide’s YouTube channel. More from SineRider, aka Devin Powers of Norwood, Massachussets, at sinerider.bandcamp.com, soundcloud.com/sinerider, and twitter.com/SineRider. More on the Ondes Magnétique at ondemagnetique.com. The device is the work of Scott Campbell, who is based in New Orleans, Louisiana.