The past week or so have been big news in Aphex Twin land, from the opening of his own digital superstore, at aphextwin.warp.net, packed with extra tracks and candid bits of liner notes, to a headlining gig at a Japanese music festival, and the subsequent inevitable price spike for a commemorative tape of the concert. Lost in the tumult was this little video cover of “Rhubarb,” the third track from the Selected Ambient Works Volume 2 album. In the video it’s being performed on the Crudman — well, on a quintet of Crudmen. The Crudman is an ingenious hack of a Walkman. The aftermarket technology allows the speed of the tape to be controlled as if it were a synthesizer module. Because the tapes in this video all have simply a sine wave tuned to C on them, the speed adjustment alters the note value of the audio emitted from the player. There are more details on the recording process at the Crudlabs YouTube channel, and at the crudlabs.org website, including (for the more gadget-literate audience) this breakdown of the device’s controls: 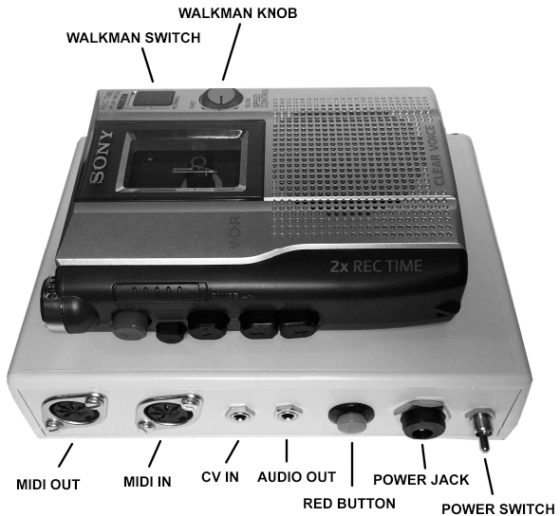