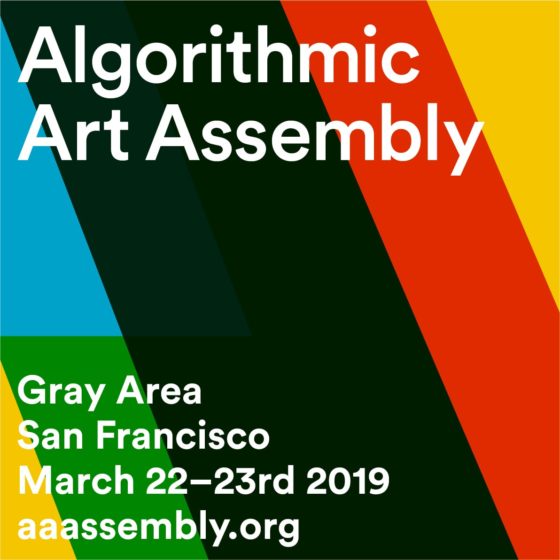 I’m continuing to work on the talk I’ll be giving at the upcoming Algorithmic Art Assembly in San Francisco. I’ll be speaking on Friday, March 22, in the afternoon. The two-day event (half afternoon speakers, half evening performances) will be held at Gray Area Foundation for the Arts. My working title and description for the talk are as follows:

The Woodshed Is a Black Box How a rules-based system formed, shapes, and fuels the long-running online music community known as the Disquiet Junto.

And that’s what it’s about. It’s a talk about the way rules shape online interactions in groups of collaborators, how those rules change over time, how some rules are more self-evident than others, and how seemingly small changes can have significant impact (positive and negative).

The Disquiet Junto, formed in 2012 and run weekly since, takes its name from the original Junto, an organization formed in 1727 by Benjamin Franklin with an emphasis on “mutual self-improvement.” The classic model of self-improvement in music is the woodshed, and it is historically a solitary pursuit. The woodshed is where you go to practice, and from which you emerge changed. It is as much a verb as it is a noun.

More details at aaassembly.org — and here, as it comes together.