How the 1994 album prepared us for today 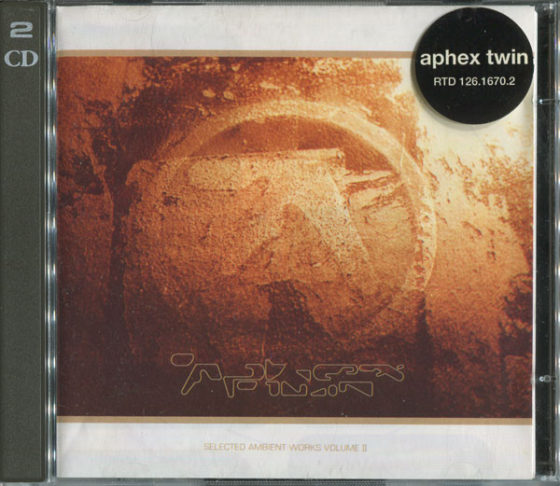 It’s now 25 years and a day since Aphex Twin’s album Selected Ambient Works Volume II came out. It was released on the Warp Records label following fast on a single, “On,” one that in no way laid the foundation in listeners’ ears — and, before that, two years earlier, had been Selected Ambient Works 85-92, which was far more foregrounded sonically.

There were other releases from Richard D. James in between — notably the full-length Surfing on Sine Waves, under another Aphex pseudonym, Polygon Window — that came closer, but SAWII was and remains its own quiet beast, with little precedent or subsequently in the works of Aphex Twin that approaches its emphasis on atmosphere and the subtle nuances of its rhythmic expression.

When RDJ resurfaced in 2014 after an extended quiet period, he uploaded hundreds of unreleased tracks to a variety of playful SoundCloud accounts, turning a new generation of listeners on to his deepest crates, and many of them into trainspotters. Still, few among those vast outtakes felt of a piece with Selected Ambient Works Volume II. The SoundCloud files confirmed a longstanding rumor of vast archives, and also further identified SAWII as a unique recording.

Another quarter-century gap from, say, 1955 to 1980 can be measured in various ways. From Chuck Berry’s “Maybellene” to Queen’s “Queen Crazy Little Thing Called Love” it seems quite proximate — from the McGuire Sisters’ “Sincerely” to Kurtis Blow’s self-titled debut, considerably less so. The gap from 1994 to 2019 doesn’t feel as wide to me, but that no doubt has to do with me having been alive and a fully conscious adult for the duration. There may be less music by Aphex Twin that sounds akin to Selected Ambient Works Volume II, but there is considerably more music in general today that does than in 1994, not just music but more broadly a culture that reflects its rich interiority, its minimalist impetus, and its acoustic curiosity — from the sound design of filmed entertainment and video games, to the ubiquitous if rangy field come to be known as sound art, to the increasing personal attention we pay, individually, to our intimate sonic spaces.

In many ways Selected Ambient Works Volume II — building, of course, on its own decades-old influences — laid the groundwork for what sound sounds like in 2019. Here’s to another quarter century.