Chakra Con?: “For centuries, various cultures, including my own, South Asian,” writes Amitha Kalaichandran in the New York Times, “have used sound as a part of religious ceremonies and prayer, with one goal being to promote and facilitate meditation. In that sense, it’s not terribly different from singing hymns in a church. Most religions and cultures use music and sound for spiritual reasons. … But what about the promise of healing? After all, the use of sound is advertised as an activity that can do many things, including ‘realigning your chakras’ and ‘mind expansion.'” The article explores the growing phenomenon of “sound bath” as a practice and a service. Some scientific studies are providing that show evidence of health benefits, especially for stress and depression. 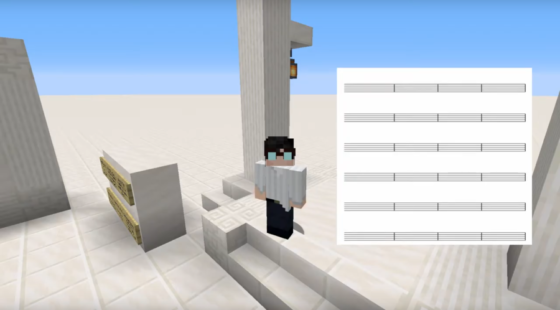 Mozart Effect: BBC Radio 3, which focuses on classical, jazz, and other non-popular music and audio, has reported an impressive 6% growth since this time last year. Given the increasing prominence of chillout playlists on streaming services like Spotify, it’d be interesting to know if this is an example of listeners also seeking “functional” or background music. 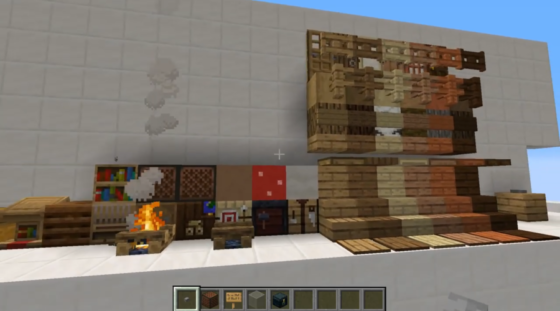 Sleep App-nea: More on music to sleep to. Last week from the New York Times. This week from the Los Angeles Times. That both articles focus specifically on the same app (Calm) in what is actually a wide and diverse field (including Insight Timer, Endel, Headspace, etc.) suggests this cycle of cultural discussion is being led by a line item in a single company’s marketing budget, which is exactly the sort of thing that keeps me up at night.

The Business of Music: (1) Reverb.com, the online musical-instrument retailer, was bought by Etsy.com, the DiY marketplace, just a few weeks ago. (2) Now this week, Milan Records, a major force in the soundtracks of movies and, to a lesser degree, television, has been bought by Sony Music. (3) And between those two announcements, the sound branding agency Listen became part of Superfly, which has its own creative agency and produces festivals like Bonnaroo and Outside Lands. These are all situations in which companies that serve(d) sizable niches have become, over night, components of larger, related businesses. These deals get at how the internet has made such niches more substantial. Milan has a sizable catalog of exactly the sort of music that Sony had long defined itself as above, as apart from. Sony has released plenty of movie soundtracks over the years, but the perception to some degree is that Sony releases the major works (or, to borrow its label terminology, Masterworks), leaving the vast remainder to labels like Milan, Lakeshore, and Varèse Sarabande. Now that distinction is muddier, as Sony gets deeper into the field. The question that such deals, especially when occurring in close proximity, raises is: What’s next? Does SoundCloud become part of some other, adjacent streaming business, like YouTube or, who knows, Netflix, which might seek a way to entertain its subscriber base when the audience’s eyes aren’t available? Does the manufacturer Native Instruments join Beats as part of Apple? Does Ikea outright purchase Teenage Engineering, its recent collaborator? Will an app like Calm or Insight Timer become a part of the audiobook service Audible, itself bought by Amazon just over a decade ago? And more importantly, what happens when such businesses become part of a larger organization? Do they reap benefits of a broader audience, or get whittled down due to larger internal forces? We’ll see.

The Key of 3D Flat: Have you ever taken a music-theory course involving a live flames (see below), or giant pits filled with a human-scale mechanical sequencer? Well, if you make it through the Minecraft Conservatory of Music, you’ll be able to answer in the affirmative. That’s the name of a new video series on YouTube by a longtime player of the retro, 3D-block video game, and who also has a master’s degree in music performance (focused on bassoon). The first video explains how “blocks” are employed inside Minecraft for musical expression, with examples including works by Tchaikovsky, Bach, and Gershwin, and a modern classic: Legend of Zelda. Episode two discusses time signatures.

Human Touch: Back in January, Apple put up a large billboard in Las Vegas ahead of the Consumer Electronics Show. Apple historically hasn’t participated in CES, but as a cheeky gesture it did deign to join the conversation this year, speaking in large letters above the Strip. The billboard read, “What happens on your iPhone stays on your iPhone,” which was both a play on Las Vegas’ long-running tagline, and a not-so-subtle critique of the role passive surveillance plays in Google’s advertising network, not to mention the broader privacy issues of the Internet of Things. Barely half a year later, Apple is dealing with its own privacy concerns, following revelations about how things dictated by users to Siri are reportedly sometimes overheard by flesh-and-blood contractors. Now Google, Apple, and Amazon are taking action. The latter, whose Alexa service is reportedly on the largest number of internet-connected consumer devices, is providing ways to “let customers disable human review” of their audio.

Phone Bank: You know the saying about how every company is now a technology company? Well, that means that every company has the opportunity for tech-company woes: “A bank has left more than one million audio recordings of phone calls seemingly made by bank employees exposed to the open internet, letting anyone listen in on sensitive conversations, including ones with potential customers.” The exposed folder contained recordings dating back to 2015.

Richter Roll: I’ve been a curious admirer of the 1974 film Earthquake for years, in particular due to the balance of John Williams’ score and the film’s sonic effects. Marke B. (a friend since the mid-1990s) takes a deep dive into the subwoofer for a Red Bull Music Academy article on the equipment constructed for the movie: “When it was time for the theater to quake, the soundtrack played two inaudible ‘control tones.’ These tones would trigger a special Sensurround box, which would use what was called a pseudorandom noise generator to create the low frequency rumble, sending it out to the amplifiers in the specially constructed speakers.”

Rotor Rooters: Helicopters are being normalized as a form of high-flying commute and general-use transportation in the New York City area, leading to complaints about noise pollution, in addition to concerns about safety due to increased air traffic. “Just because somebody’s got a couple hundred bucks to get to the airport,” says a Queens resident, “doesn’t mean they should be doing that to the negative impact of somebody else. They can get to the airport the same way everybody else gets to the airport.” (via Ethan Hein)

Sweet Little Things: “There’s something immensely calming about the turtle dove’s song,” says singer Sam Lee to journalist Patrick Barkham. “It has this low frequency that suddenly appears and disappears. It’s almost the flicker of a film – and such a metaphor for its own situation. The silence around it is as powerful as its presence.” Barkham writes at length about the threat of extinction for the famed migratory bird. (via subtopes)

Song Kraft: In a ruling whose ramifications are still being sorted out, a “nearly 20-year legal battle over the unauthorized sampling of a Kraftwerk song appears to finally be near an end after the European Court of Justice ruled in favor of the pioneering German group.” An initial read of the decision seems to state that artists will need approval from the original artist before recognizably sampling their work. While there are clarifications, this certainly seems troubling. Makes me wonder if I needed to copy that sentence in quotation marks, even though I’m including the link here to the source.

This is lightly adapted from an edition first published in the August 4, 2019, issue of the free Disquiet.com weekly email newsletter This Week in Sound.