The Foghorn and the Marine Layer

Sound and perspective, climate and geography

The foghorns can ring out on the sunniest of days, such as today, the archaic bellowing incongruous with, seemingly ignorant (to much of the city) of, how clear the sky may be. But as shown here, a dense cloud can run below the radar, as it were: a thick funnel from the ocean, into the bay, and under the Golden Gate Bridge. 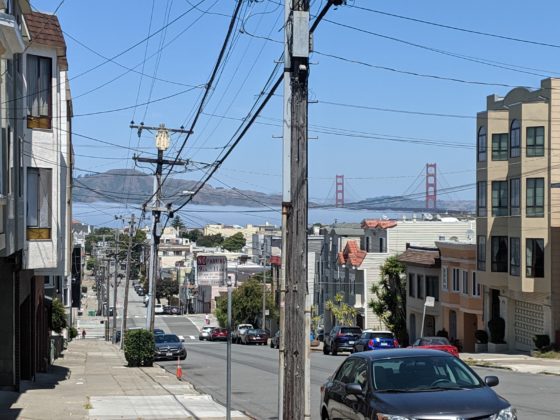 My photography doesn’t do the enormity of the marine layer justice. The sheer scale of this mass is evident in person in a way my phone cannot reproduce, at least not in my hands. So, I include this visualization to show where one’s spatial-atmospheric imagination should focus. (The National Geographic vibe of that yellow border was unintentional, but I do want to acknowledge its presence.) 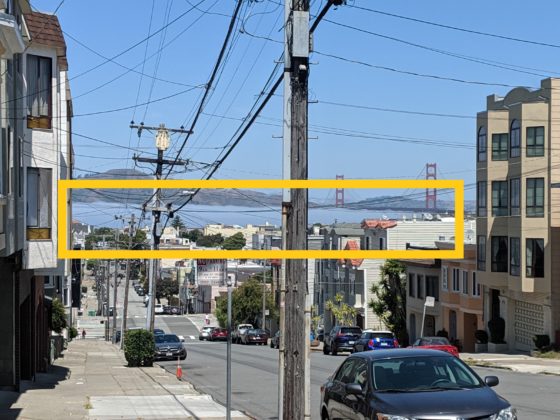 It’s helpful to understand something about the perspective here. The stretch of buildings visible in the center of these photos ends where it appears to end: excepting some descending hills and a narrow beach, that is a northern edge of San Francisco. Then comes the marine layer of fog, and then come the hills known as the Marin Headlands. Those hills are across the bay from the buildings. In between is simply the bay, a bay filled with fog. This is roughly the line of sight, via Google Maps’ satellite view: 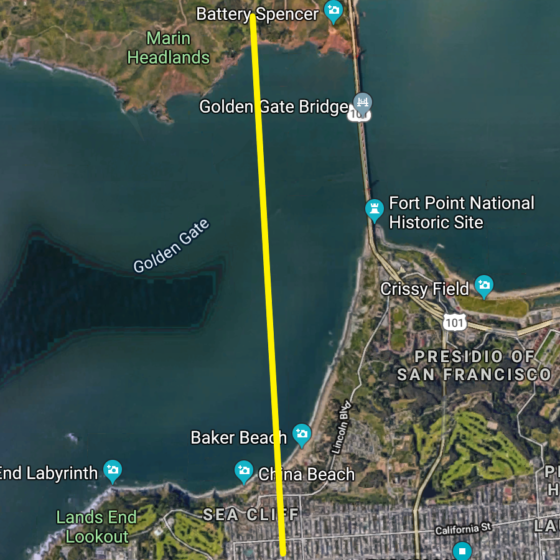 As for the foghorns, they resound through parts of the city that the fog itself may never touch.