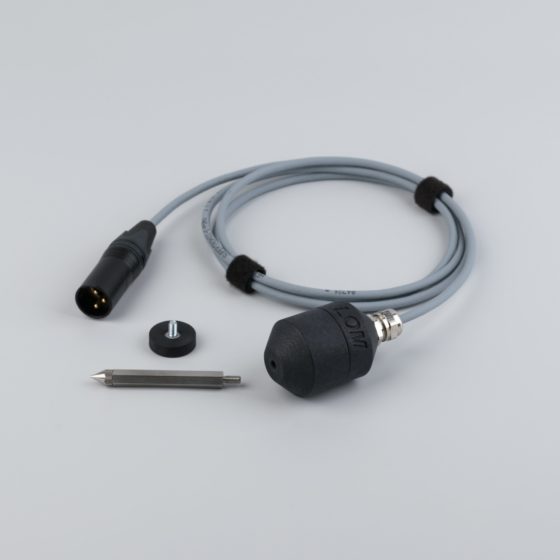 It’s not often I write an entry in this site’s daily Downstream series on the audio examples for a piece of music gear, but maybe it’s more of a case that I don’t do so often enough.

Proceed immediately to the website (lom.audio) of the Bratislava, Slovakia-based company LOM and check out the four audio clips recorded with LOM’s highly sensitive microphone, the Geofón, shown above. Per the descriptive copy: “Geofón is a sensitive geophone adjusted for field recording purposes. Originally designed for seismic measurements, it can be used with regular field recording equipment to capture very faint vibrations in various materials and even soil.” 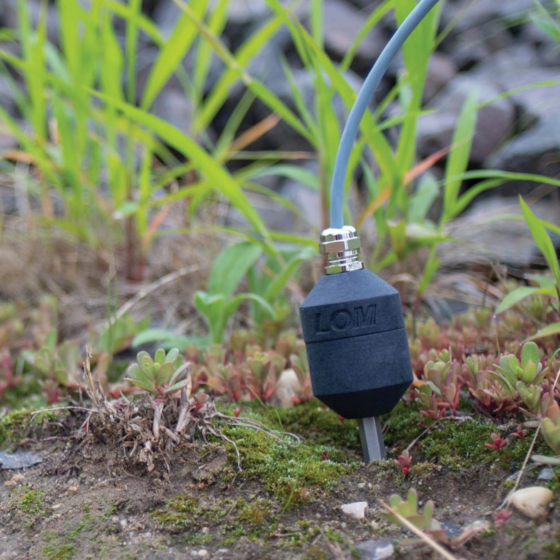 There is also a warning: “Neodymium magnets may cause interference with credit cards (magnetic stripes), cardiac pacemakers and ICDs.”

And a caveat: “Due to the nature of the geophone sensor, you may experience picking up electromagnetic interference in specific urban areas and other places with strong electromagnetic fields.”

The mic, which looks more like a plug, comes with a magnet (“for attaching to steel constructions”) and a “stainless-steel spike adapter,” so you can stick it into the ground. The four audio examples on LOM’s Geofón page are somehow both earthy and atmospheric, and all are deeply enticing. There are heavy waves of a bridge handrail, the fluttery reverberations of locks on a bridge, the creaky echoes of bowed plastic siding, and the undulating hum of a bathroom fan. They get at an intimacy that gets your imagination going. You look at the objects around you, at the ground outside your window, and ponder what audio is secreted inside it. The Geofón is, in a manner of speaking, a hydrophone for a landlubber. Much as the hydrophone can be submerged , the Geofón, in its own way, tells us what is resounding just below the surface of our senses.

More on the Geofón at lom.audio. The outdoor image is from the LOM Instragram page. The sound designer and recording artist Richard Devine posted a video of the Geofón in action at his Instagram account yesterday.