Been re-watching some old cyberpunk (and “cyberpunk”) movies lately, among them The Lawnmower Man (1992). As someone who does record an audio journal most nights before going to sleep (and auto-transcribing it so that I can read it in the morning over coffee), I enjoyed feeling called out at this moment, when the scientist played by Pierce Brosnan dictates the findings of the day from his underground experiments. (That’s not my reflection in the screen. That’s another scene fading with the current one.) 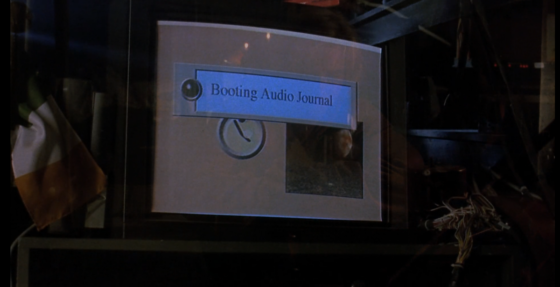 And there’s this bit, which is in the Blade Runner mode of Roy Batty’s “tears in the rain” speech (from a decade earlier), straining for a bit of singularity grandiosity. The title character, recognizing his digitally enhanced ascension, proclaims, “Once I’ve entered the neural net, my birth cry will be the sound of every phone on this planet ringing in unison.” 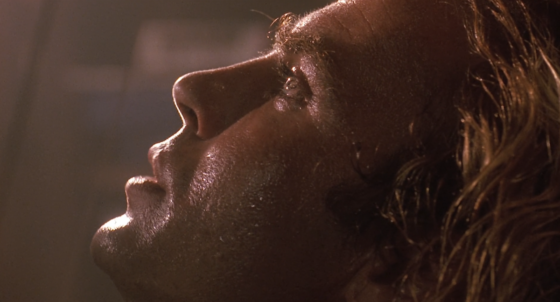