I do this manually each week, collating the tweets I made at twitter.com/disquiet of which I want to keep track. For the most part, this means ones I initiated, not ones in which I directly responded to someone.

▰ I was listening to a movie score (all instrumental) and noticed it was labeled E (meaning Explicit in music, unlike in video games, where it means Everyone, which yes is very confusing). Why E? Because one of album’s 14 tracks had a four-letter obscenity (the F one) in the title. There are edited versions of songs and albums available in a variety of genres, where the sung/spoken obscenities are bleeped or replaced. But far as I can tell, this instrumental album exists only as E(xplicit), and all due to this one word in a track title.

▰ “It is possible that some 8,000 years ago, in this acoustically resonant haven, people not only hid from passing coastal thunderstorms, they may have used this place to commune with their dead — using music.” The exploration of sound in archeology: sapiens.org. Also: “New technological developments can also bolster a music archaeologist’s case as to whether an object produced sound: Repeated use leaves tell-tale signs on the objects, microscopic friction marks that hum their history.” (via Lucas Gonze)

▰ The computer’s dictionary recognizes the brand names of most of the products in the pantry, but not the word “soundscape.” This truly is David Foster Wallace’s world, and we’re just living in it. 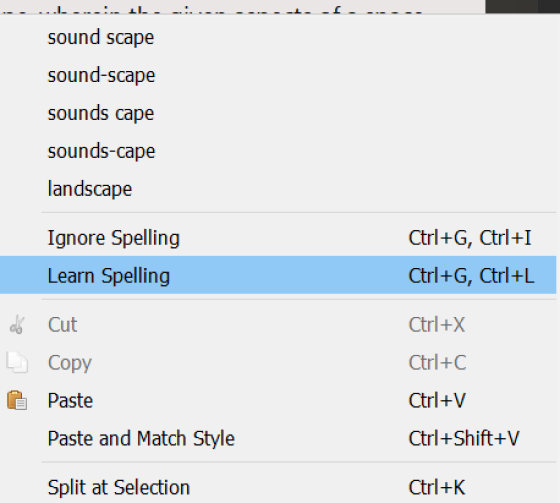 ▰ “A Fifth of Beethoven” on the composer’s 250th birthday. This 1976 hit was, for many of us, an entry point into classical music, up there with John Williams’ score to the first Star Wars movie the following spring.

▰ I have no idea what NaN degrees is, but apparently my phone has finally acknowledged that it doesn’t understand San Francisco weather. 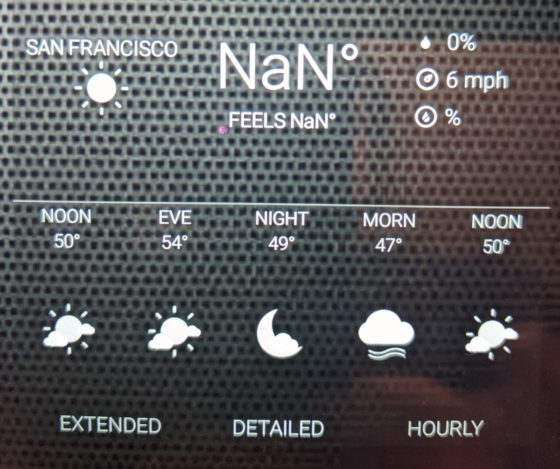 Actually, I do know. It’s NaN as in “not a number,” and not as in cloudy with a chance of flatbread (which would also require and extra a).

▰ The New York Times’ Electoral College map apparently reimagined democracy in light of Conway’s Game of Life. Despite concerns, faithless cellular automata failed to materialize, and the system has been confirmed Turing complete (and, as a side note, outdated).

▰ I’m used to hitting forward 8 or 9 times each episode of Star Trek: Discovery, to bypass the opening credits, but I hung around this week for the mirror-universe sequence. Reminded me, of course, of those Fringe alternate-universe episodes and how they had alternate opening credits (blood red for several seasons, then concrete grey later). Fringe also used different music (notably for a flashback ’80s episode, which had its own credits).

▰ And on that note, have a great weekend, folks.