The graphic displayed immediately below is, as we all know, a Venn diagram. Yes, yes, you’ve seen enough of these, either at work or in memes, but do give this one a moment, and see how it develops. In Venn terms, recognize first that it is referred to as a “3-Venn diagram,” each of its individual circles being a Venn: 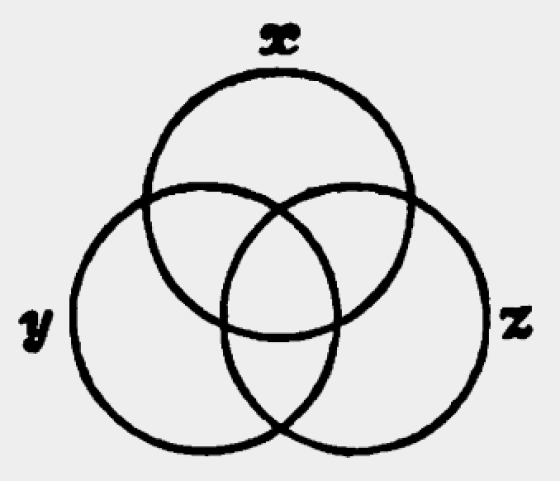 Venn diagrams are named for John Venn, the British mathematician who developed them. Venn lived from 1834 to 1923. Venn diagrams often have two, three, or four circles, but they don’t end there. This next image, via Nathan Ho (as are all the images in this post), is a 5-Venn diagram, displayed in all its Spirographic glory: 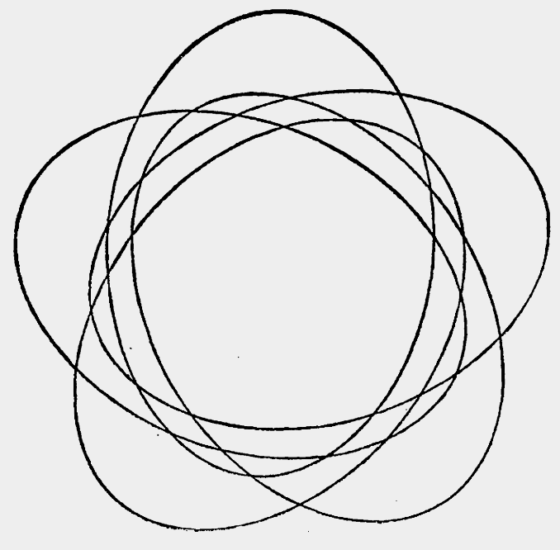 When you witness the 5-Venn in contrast with the 3-Venn, you might think, “Oh, I see. So … what comes next?” Here we level up to the 7-Venn diagram, also via Ho. It’s … a little more complex, right? 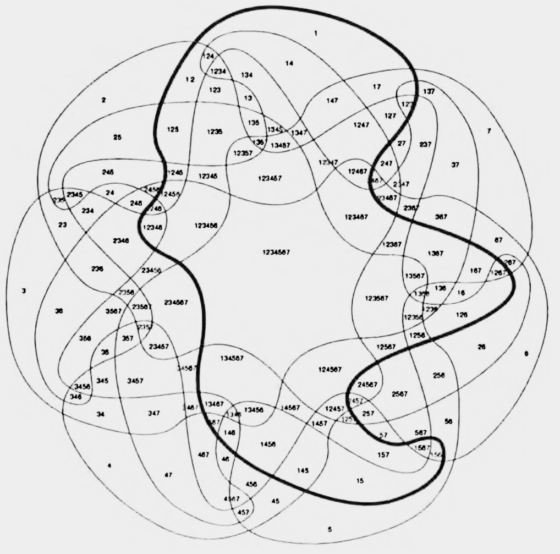 When we look at Grünbaum’s incredible image, we might think: starfish, or amoeba, or nebula, or I missed the latest episode of Star Trek: Discovery. But when Ho looks at it, what apparently came to mind was: 7 Venns = 7 notes. Actually, it was Ho’s friend, Nathan Turczan. Turczan pointed out to Ho “that the curves of a 7-fold Venn diagram can be mapped to a diatonic scale.” Ho went with that, making a web app that let’s you play chords by clicking overlapping regions, resulting in this beauty, which resembles a piece of op art: 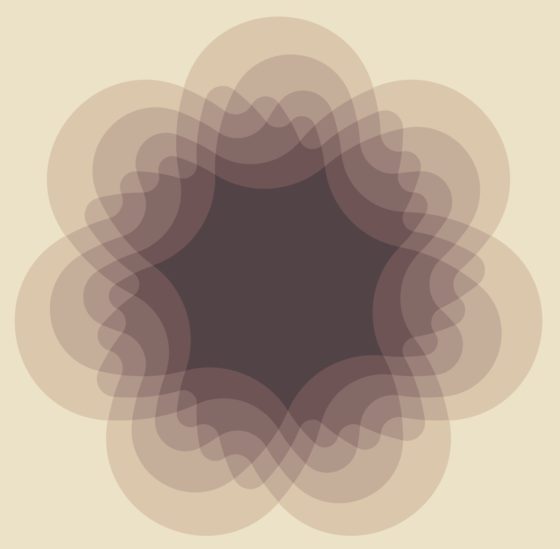 Here, for example, is what it looks like when three notes constituting a simple chord are played, as identified by a shade depicting three overlapping Venns out of the total seven: 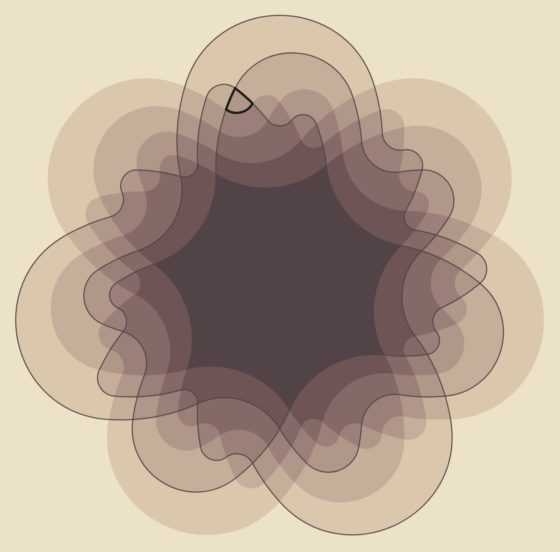 Nathan Ho’s web app is called, simply, Venn 7. It’s super cool. Check it out at nathan.ho.name/venn7. Click the arrows on the interface to experience different sounds (and colors), and the “?” to learn more about Ho’s development of the idea (that’s the document from which the above images are selected). There’s a lot more to Ho’s Venn 7 than initially meets the eye and ear, in particular decisions he made to uses Shepard tones (those illusions of sound moving constantly up or down) for each layer of the diagrams.