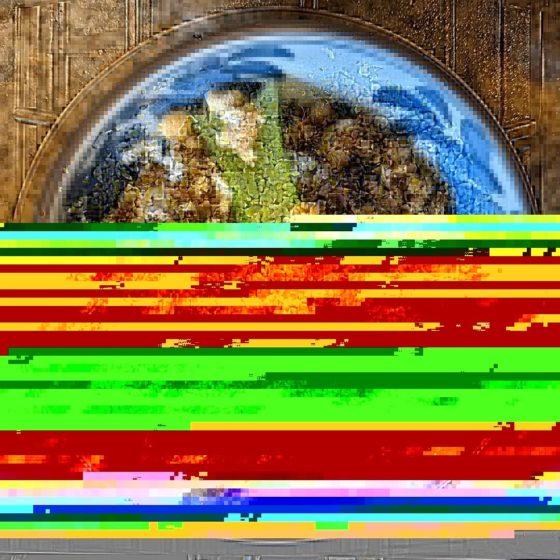 I’m not entirely sure how or when precisely this glitch occurred. It was sometime yesterday shortly after I uploaded a series of camera shots of the dan dan noodles I made for dinner. This resulting image just popped up in my camera’s photos, and I noticed it this morning, though I do now have some vague memory of it having appeared briefly on my screen yesterday. It’s a mystery.

I think of this as “happenstance glitch,” because it happened by accident and isn’t (to my knowledge) repeatable. I would have said “true glitch,” but the word “true” would get me into trouble The idea of “true” plays into matters of authenticity and purity, and that’s not my intention. I just mean to distinguish, not prioritize, actual accident from the aesthetic impression of accident. Then again, perhaps what happened here is, somehow, reverse-engineerable, and if someone knows how to accomplish this, that’d be cool (not the end result specifically, but in the “what happened on my phone when I uploaded to Instagram” sorta way). Like, could I do this regularly if I chose to?

I watch a lot of YouTube videos in which expert video game players traverse unmarked borders beyond the game designers’ intention and explore artifact territories not in the official game. No doubt this glitch image of my bowl of noodles is simply a glitch, an error from which I happen to derive pleasure, though I do like the idea that perhaps there is a nascent or discarded-experiment glitch filter in Instagram that I somehow accessed by accident. I don’t have difficulty imagining that Instagram might, someday, add a “glitch filter” to its toolkit. Maybe they’ll title it Akihabara or Darmstadt.

There is an additional layer of irony here. Making dan dan noodles at home was a big deal for me. It’s one of my favorite dishes, Chinese or otherwise, and being able to prepare it at home from (relative) scratch by following a recipe was a remarkable feeling, not just how the end result tasted, but also how the various phases of preparation, especially in terms of smell, registered. (By “relative” scratch I mean that I didn’t, you know, actually pickle my own mustard greens. I just bought pickled mustard greens, which I now know are called ya cai, or 芽菜.) It is ironic that while I was documenting one favorite flavor, the glitch — another favorite flavor — surfaced, and it has a recipe I do not know how to access.

PS: Odder still, there is now a second glitch of the same image on my phone, and even though they appear in reverse order chronologically, I believe this one is a glitch of the one up top, resulting from when I posted the “original” (humorous word in this case) to Instagram. 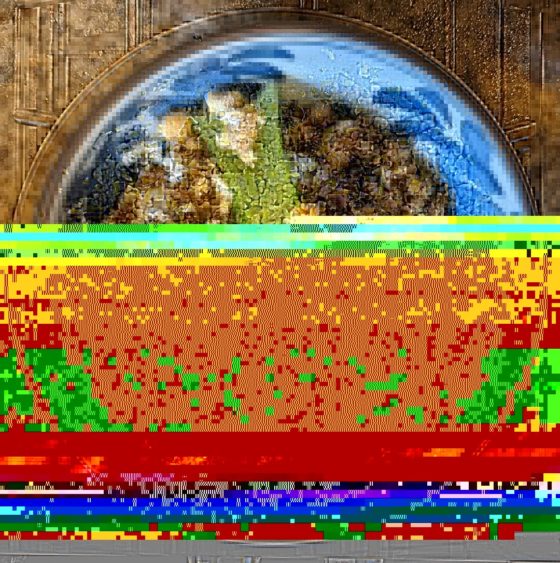