I do this manually each Saturday, collating recent tweets I made at twitter.com/disquiet, which I think of as my public notebook. Some tweets pop up in expanded form or otherwise) on Disquiet.com sooner. It’s personally informative to revisit the previous week of thinking out loud.

▰ Say what one might about the decline of brick and mortar record stores, it was nice to buy records on Bandcamp Day before I finished my coffee. Heck, before I was outta my pajamas. Then again, I’ve worn pajamas pretty much non-stop since March 2020, but you know what I mean.

▰ I’m reading Richard Zenith’s Fernando Pessoa biography. I will be for some time, as it’s over 1,000 pages long. A key theme: how Pessoa’s employment of multiple, named, distinct voices (“heteronyms” in his trenchant terminology) offers a glimpse into the psychology of modernity. It’s an underlying concept for the recent Disquiet Junto music community project, our 500th consecutive weekly one, in which participants play the same tune three times: once as themselves, then under two fictional identities.

▰ Reward is a great reinforcement of good habits, and so it is that when I post the Disquiet Junto early enough (California time) on a Thursday, there are usually enough tracks for me to start the playlist rolling before dinner. This week, Thursday was such a day.

▰ This week in the Disquiet Junto music community, participants record the sounds of an alien landscape as inspired by Philip K. Dick’s short story “We Can Remember It for You Wholesale.” 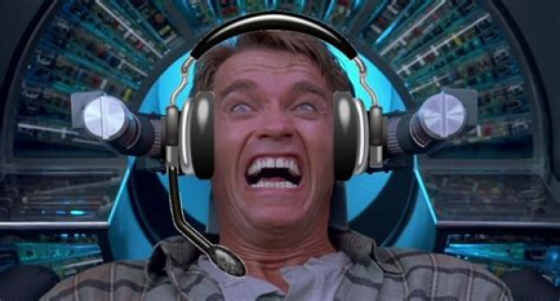 ▰ Come for the Vangelis meme, stay for the sort of drama that even a sports-disinterested person such as myself can’t help but be astonished by. Sifan Hassan is an inspiration.

▰ Just noting that the new Los Lobos album, Native Sons, is absolutely killer, further evidence, as if any were needed, that the band is a national treasure. Native Sons is a love letter to the great city of Los Angeles. Slightly off-topic for this website, but so be it. Great is great.

▰ Another week over. My birthday apparently occurred at some point. Taking next week off. My Twittering may diminish, too.