▰ The air strike LARPing is over, right?

▰ Colleague on conference call: Are you working from the library?

Me: Oh, this is the dining room.

▰ I’m not not working at this moment. I’m simply sitting here while the electrician drills lots of holes in our house and there’s only so much power of concentration that I possess.

▰ The electricians are pulling a Marathon Man on the front entrance to this building. Zoom picks up the noise of the drilling and pops up a “Playing music?” window.

▰ Second day of electrical intervention action in the building has begun. The drilling left me frazzled beyond description last night. Let there be light, indeed.

▰ Just two paragraphs into the new John le Carré novel, Silverview, the spymaster’s final, published the week he would have turned 90, and someone is “jabbing” a doorbell and all is right in the world, except of course the world of these characters. The Le Carré is the first of five new fictions I’m blocking time for between now and year’s end (also: James S.A. Corey, Mick Herron, Fonda Lee, Neal Stephenson), though often the most enjoyable work is by people I’ve never read before, like Alison Stine’s Road Out of Winter, which I’m currently mainlining.

▰ You’re welcome to hold for a human, or to spend the next ten minutes helping train our nascent voice AI menu system.

▰ I will not play-by-play the electrical work being done in the building, but I will say that as someone who can nap to Einstürzende Neubauten, this is testing my capacity for noise.

▰ There are days when I think the results of a search return on Duck Duck Go are really a complicated form of psyops trolling. Here’s a good example. Note the top return versus the actual query. 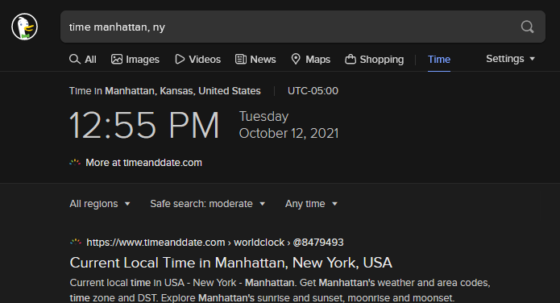 ▰ Society will get to that four-day work week, but the fifth day will be all mandatory software updates, and it’ll run into unpaid overtime.

▰ Whew, industrial strength vacuums are pretty much on par with incessant drilling. TIL, and so forth.

▰ Forgive me for being new to a half-decade-old clip that’s been watched half a million times, but I love how Keeley Hawes mentally rewinds the audio of her Lara Croft panting and gasping, and recognizes which cue went with which move.

▰ I’m intrigued when decades-old guitars are listed as blemish-free or near-blemish free. I don’t know how a guitar can be played for that long without dings. I bought mine used because of the dings: so I wouldn’t be able to tell my inevitable dings from the ones I inherited. And no, dear Algorithm, I’m not in the market for a guitar. I’m still in nuptial bliss with the one I got five years ago. (I don’t doubt they’re blemish-free and I don’t doubt they’ve been played. I just don’t live a ding-free life, myself, apparently.)

▰ Was working to complete something urgent, and when I came out of the time-sensitive myopic focus, I realized I was picturing, and hearing, the whole time Debbie Allen and her stick from Fame.

▰ I love when Zoom hears the carpenter’s drill two rooms away and asks if I want to adjust my microphone settings for music playing.

▰ “It lasted too long to be a sonic boom signature.” Reports of a loud noise over New Hampshire and into Massachusetts. Also the tantalizing: “NASA did not immediately comment on Tuesday.” The current suspect is meteor explosion: nytimes.com.

▰ I recognize that I still tweet as if everyone has a reverse-chronological timeline. I realize that lots of people, consciously or unaware, have an algorithmic Twitter thing going on. Sorry if my “imminently” and “momentarily” are in fact your past tense.

The headline is a little confusing, but the gist is that a judge (in the U.K.) “ruled that the video and audio captured” by the widely used IoT doorbell constitutes an illegal infringement: gizmodo.com.

▰ A $35 million UAE bank swindle employed a deep fake voice (“deep voice” in this article’s parlance, apparently not meaning you sound like Orson Welles) to emulate the account’s owner. It’s a “We need your Apple ID” spam phone call on an epic scale: forbes.com.

▰ My weekend will begin in 154 words. I don’t need to write that many. I need to trim that many. The words in this tweet don’t count. In any case, have a great weekend.