▰ Will there be a Bandcamp Friday every fortnight?

▰ Jokes aside (for the time being), any favorite video game soundtracks that are available on Bandcamp? The first I ever listened to there was Minecraft. I use a screenshot of Minecraft’s Bandcamp page in my course each semester. 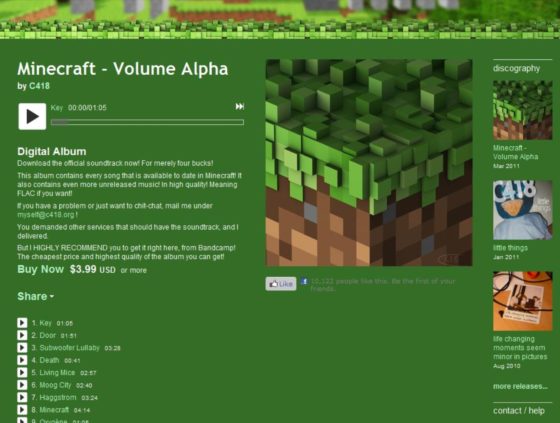 It’s also an argument the UI could use an update.

▰ As many people who listen to white noise know, you sometimes hear music in the white noise. Right now I hear Soundgarden, Led Zeppelin, and Pearl Jam all mashed together — albeit behind the equivalent of a raging waterfall, which is sorta epic, come to think about it.

▰ Rented a teeny office near home just to be away from home a bit. It’s month-to-month. Getting used to a whole new flavor of HVAC. In fact, after two years of working in a building (aka home) with a gravity heater, I’m getting used to HVAC in the first place.

▰ We don’t get a lot of rain in San Francisco, and we get even less thunder, so I’ll happily take this morning’s jet plane flying above the dark clouds during a gentle drizzle.

▰ Asks self: “Self, are the noise-cancelling headphones even on?”

Turns setting to 0. Sound: like you’re standing next to a raging river (well, a river made of air).

▰ The area near the Golden Gate Bridge is like a large scale Éliane Radigue concert today. The concert may be coming to a close. Or this may be just an intermission in advance of a second set.

▰ Got the new Mark Fell book this week. Looking forward to interviewing him, Rian Treanor, and James Bradbury at the Algorithmic Art Assembly on March 11 here in San Francisco. Details on the three-day conference/festival: aaassembly.org, grayareaorg. 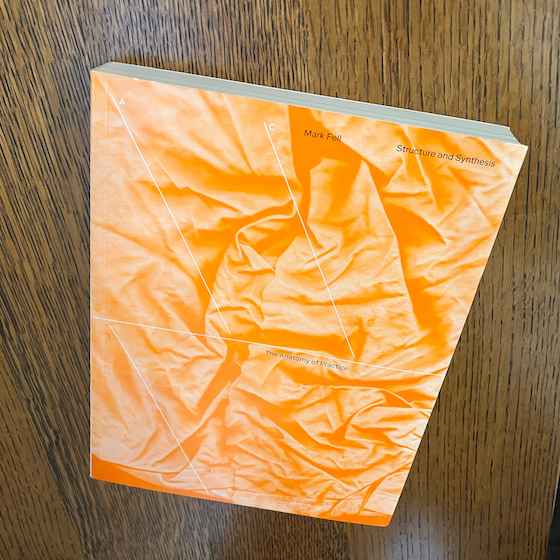